The formidable Tower of London has fallen victim to a lot of bad press. Many  historical (hysterical?) videos focus on the dark history and tragedies that occurred there, and are there were many, but it is also a home and today offers a well-preserved look at medieval England.

The story of the Tower begins in 1066 when the Duke of Normandy, William, took the offer of the English throne from the aging King Edward the Confessor who had no heir.

According to the account preserved in the Bayeux Tapestry , Edward sent his brother-in-law Harold Godwinson to notify William in France to come to England to rule. Harold was a member of a powerful family in England;  instead of retrieving William he took the throne himself. When a spy in the castle alerted William in Normandy he was understandably ticked off and began preparations for an invasion.

At about the same time, the Viking King Harald Hadrada of Norway decided to exercise his claim to the throne of England. His invasion arrived in September 1066 in northern England where they battled the English forces at Stamford Bridge. Harold G. won,  and dispatched Harald  H. to Valhalla. Within a few days, William who had been building his garrison in southern England where he had landed near  Pevensey (remember the surname of the children in The Lion, the Witch and the Wardrobe?), attacked.

Instead of rebuilding his army, Harold marched his tired troops to Hastings where he faced the well-prepared Normans who were not too patient about the whole event. Harold took an arrow to the eye and shortly joined the other Harald in Valhalla. William was so irritated by the inconvenience that he did not allow the fallen English soldiers to be buried. Later in an act of contrition, he had a cathedral built on the site.

Disney’s Alice in Wonderland refers to this bit of history at the beginning of the film as Alice’s sister reads the account of the ascension of William to the throne.

Back to the Tower. William immediately began dismantling the “democratic monarchy” that the Anglo-Saxon kings had been ruling under. This move was not terribly popular with the locals who were stripped of power and property by their new foreign masters. The Normans wisely  instituted a construction project of defensive stone castles including the Tower and Windsor Castle to the west to keep out attacking locals and others (“… the peasants are revolting…the peasants have always been revolting, now they’re rebelling!” Dragonheart.) The ruling class of Normans spoke French and to this day many of the British Royals are also fluent in French.  William introduced French culture to Britain; cuisine and the manners of court would never be the same.

Fast forward to King Edward I (The Hammer of the Scots) who added another circle of walls and another moat to the castle. Although there were Edwards before him, calling himself “The First” was a reference to the Norman dynasty of which he was a descendant.

The modern Tower tours are conducted by “Beef Eaters” a term derived from the medieval practice of soldier’s salaries including an extra portion of beef. These tour guides are retired British military veterans who distinguished themselves in their service to the Crown. They live in apartments onsite.

The history of the Tower is fascinating and deserves more space than allotted here. A few stories include that of the then-future Queen Elizabeth (daughter of Henry VIII and Anne Boleyn)  who was imprisoned here by her half-sister Mary, daughter of Catherine of Aragon. Remember that Elizabeth’s mother had been beheaded in the courtyard of this castle.

The young Elizabeth was allowed to wander the grounds; it is thought she may have fallen in love with a commoner also imprisoned with his father and brother for their political activism. Eventually Elizabeth was released and took the throne, but her romance was doomed. Although they never married, she and her “friend” corresponded through letters for the rest of their lives.

The White Tower was the Keep of the castle with appropriate defensive lodging; it showed the Norman ruler’s power. 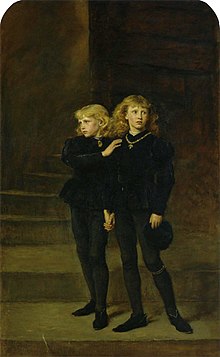 One of the saddest stories that emerged from the Tower was that of the “Princes of the Tower.” After the death of Edward IV in 1483, the king’s brother, Richard Duke of Gloucester, took the 2 young princes  to the Tower to be held in “protective custody” until they were of age for Edward V, the eldest, to inherit the throne. The 2 young boys mysteriously disappeared and their Uncle Richard was crowned.

During renovation in 1674, a wooden box containing 2 small skeletons was found behind a staircase. Although it wasn’t proven; it was thought that this may have been the remains of the missing princes; they were interred in Innocents’ Corner at Westminster Abbey.

In addition to the state-of-the-art 11th century construction, this “Norman Gard” or built-in toilet was one of several in the castle. Although indoor plumbing was not yet available, the waste dropped from the tower into the Thames.

The original well bringing fresh water into the castle can be seen in the basement.

The majestic Tower Bridge, one of most London’s iconic sites, is visible from the Tower; many mistake the bridge for the Tower of London. It is said that Hitler’s planes sent in to bomb London During WWII used the bridge as a landmark. They were told not to destroy any of the castles which Hitler planned to inhabit in the case that he won the war.

Although the Tower was infamous for some of the high-profile executions for treason that took place there, the hangings were actually done on gallows built on the hill behind the castle. After the executions, the remains were brought back to the castle and rights were administered. The high-profile executionees were buried or walled up within the Tower grounds. When Henry VIII’s wives Anne Boleyn and Catherine Howard were beheaded, it was on the green in the courtyard of the castle.

The Ravens of the Tower

According to an ancient “prophesy,” if the ravens left the Tower, the castle would crumble and catastrophe would strike the monarchy and the nation. As insurance, 7 ravens live on the property. They are free to wander during the day but are carefully put to bed in their cages at night.

Because the Tower is one of the most secure sites in England, the Crown Jewels are kept there in a huge, formidable safe. Visitors are able to view them but not take photos, so I’m including a few cataloged ones from the Tower website. 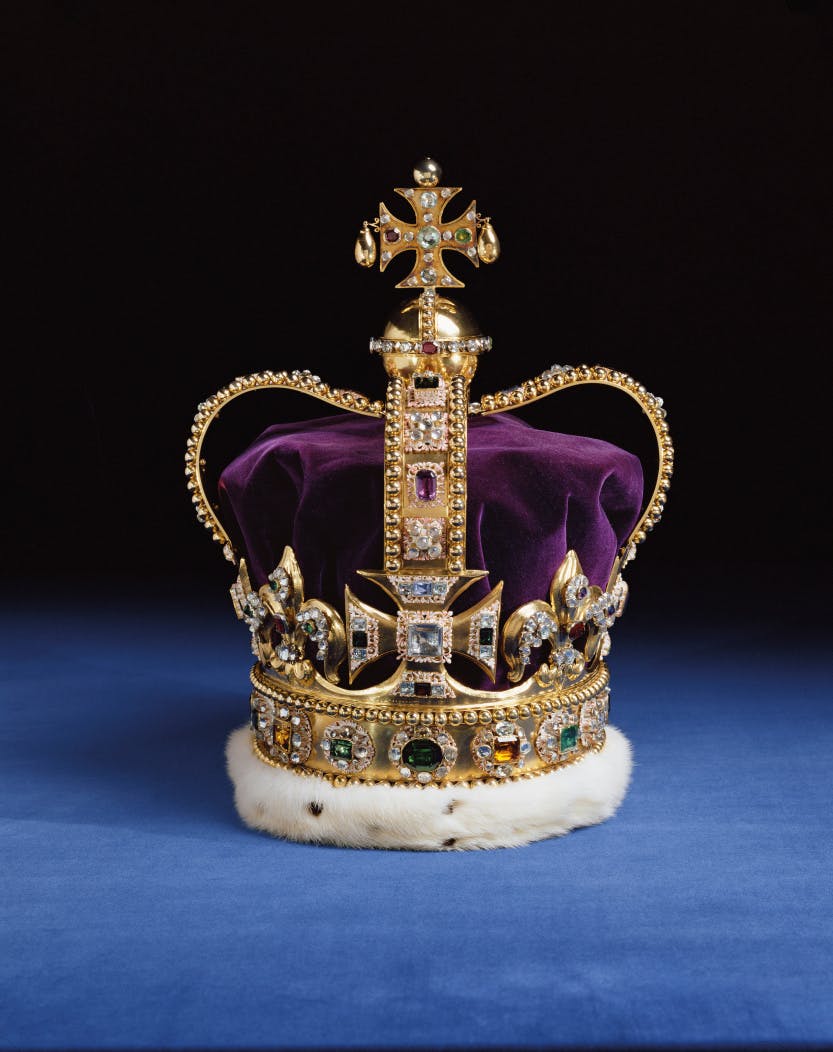 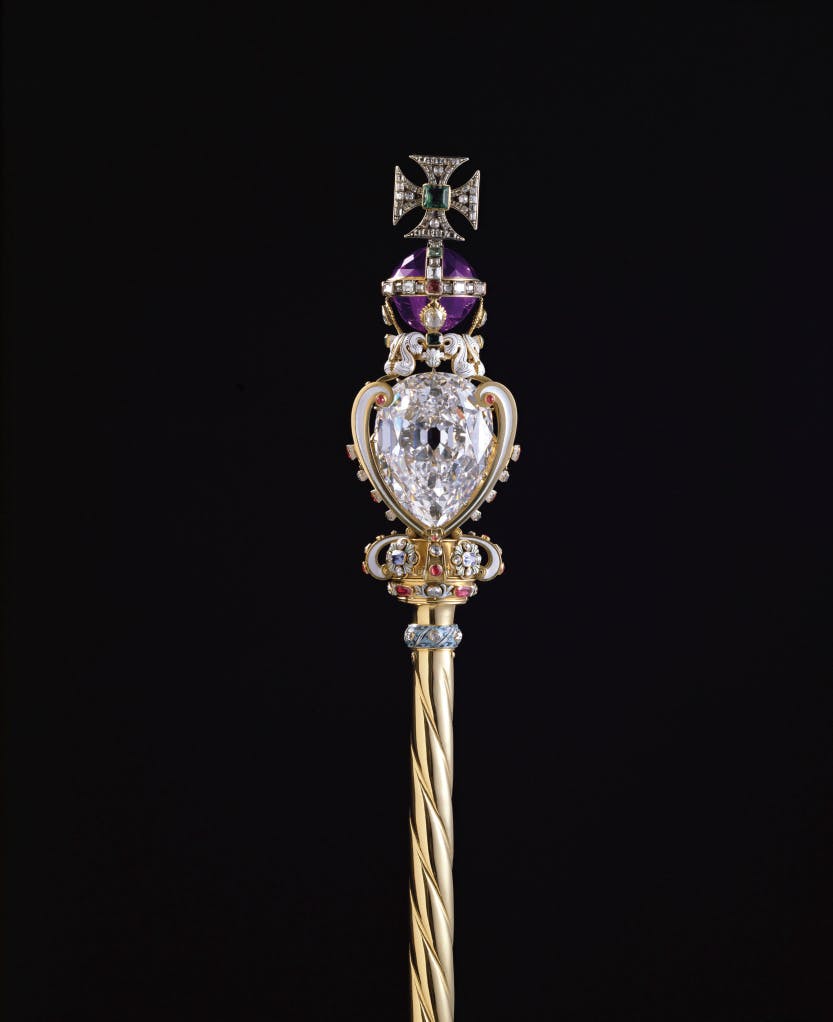 As at other royal residences, an impressive display or armory was kept at the Tower to remind visitors of the power and wealth of the royal residents.

The English have always been fond of their horses and went to great lengths to protect them in battle.

The Tudor Rose, a symbol of the reuniting of a divided kingdom. At the end of the War of the Roses, Henry VII married Elizabeth Tudor and had this rose  created depicting the rejoining of the 2 warring houses.

I hope this blog inspires you to spend more time studying the 1,000 year history of the Tower, which has in so many ways influenced our culture and the stories of our families and nations. My fascination? I am a great…great granddaughter of William, Edward and many other historical figures. Family pride and love.