Its almost Valentines Day and I have been so busy chronicling the McMurtry European Art Tour that I have not taken the time to create a fabulous Valentine’s Day post. I repent and will work on that; in the meantime, here is some love  from the archives for your enjoyment:

When I was studying interior design at Palomar College, the curriculum included architecture from history including cathedrals. Mont Saint Michel was such a structure built on an island off the coast of Normandy, France beginning in the 8th century. When the tide was out, there was no access to the island, it could only be reached by boat at high tide. I was surprised to find as I studied family history that an ancestor had been born there before 1100 A.D.

We also learned about the Bayeux Tapestry, a 70 meter (or 229 foot-long)  piece of linen embroidered with dyed wool yarn that shows the history of William the Conqueror‘s invasion of England in nearby Bayeux.

I didn’t know why at the time, but I was fascinated with this piece of historical art. I later found out that we were descendants of William the Conqueror. His half-brother Bishop Odo and my great…great grandmother Matilda of Flanders commissioned the tapestry now on display at Bayeux.

William was a descendant of  the first Holy Roman Emperor Charlemagne whose throne we would visit at Aachen and his grandfather Charles Martel who saved Christianity and Western civilization from a Muslim invasion in the 8th century,

Its medieval style was referenced in Disney’s Bedknobs and Broomsticks opening credits.

We drove from Paris to Beauvoir and stayed in an Airbnb listed as La bourdatiere. The converted farmhouse was older than the United Staes but updated , super clean and comfortable. The host Arnaud served croissants, local cheeses, yogurt, orange juice and hot chocolate for breakfast (since we don’t drink coffee.)  His place was one of our favorite inns.

We walked through the village of Beauvoir to reach the shuttle for Mont Saint  Michel. It was a beautiful, sunny but chilly October morning.

As we left Beauvoir, we passed cornfields and other crops waiting to be harvested and fields at rest. 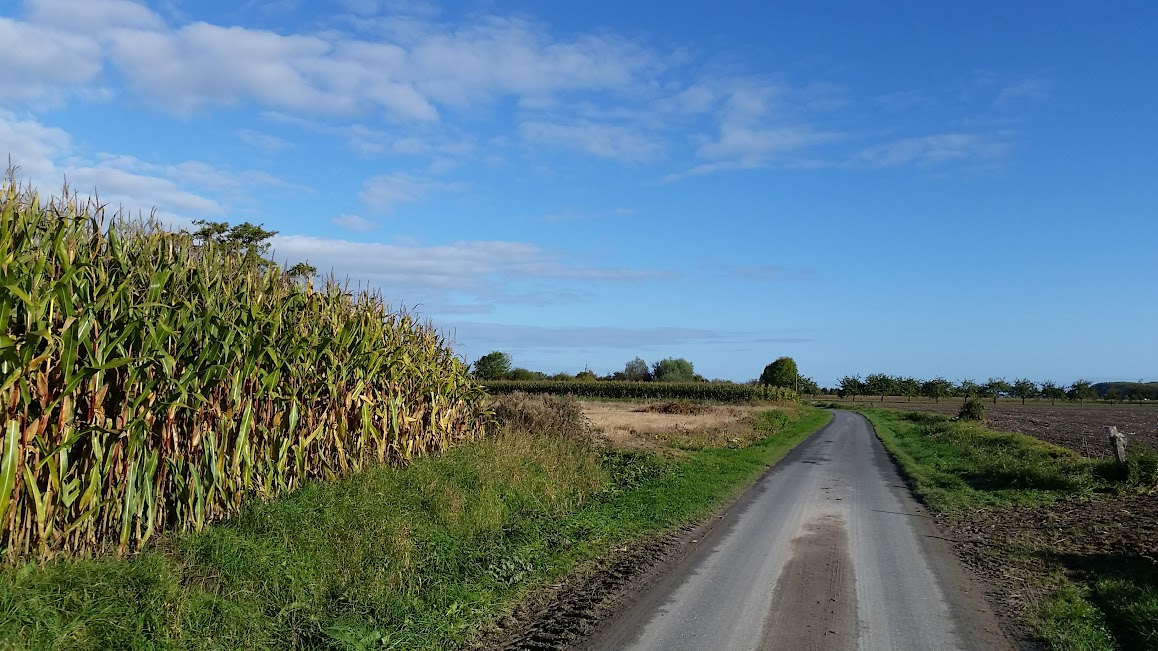 Built on a rock, the village is almost completely uphill once you enter through the gate. 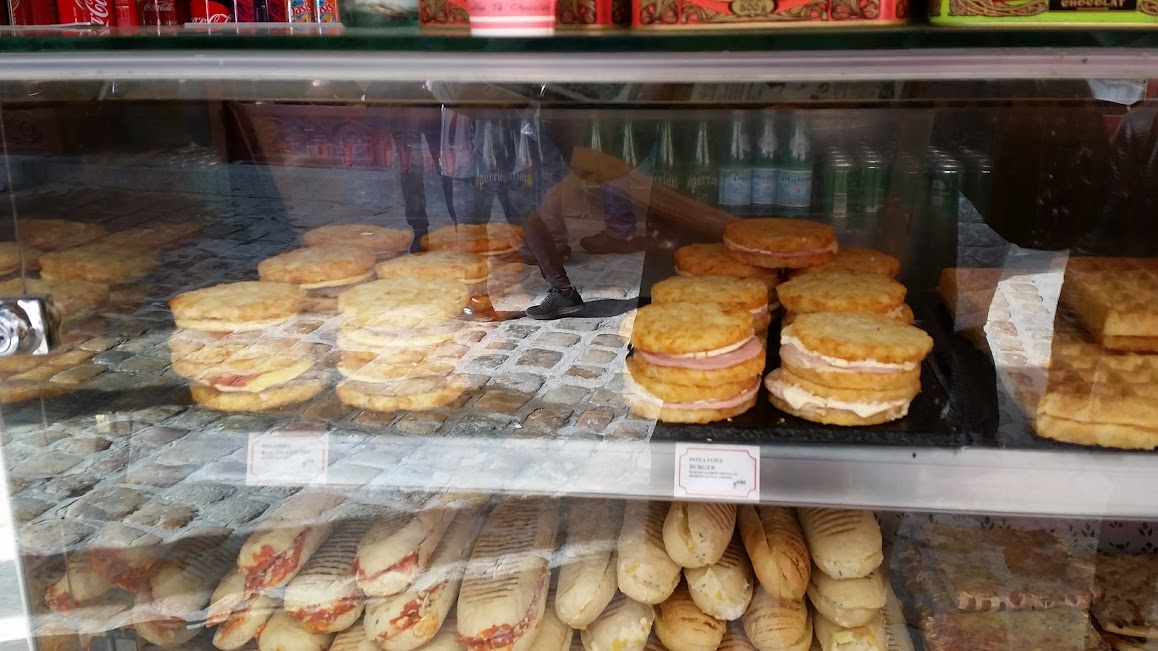 Even after a hearty meal at Arnaud’s, these breakfast sandwiches made with hash browns looked inviting.

Homey yet majestic, Tim and I loved Mont St. Michel, he said it was one of his favorite destinations in Europe, and I would agree.

From Mont St. Michel we drove to Bayeux to see the Tapestry. We had checked the schedules before the trip, very important when you are visiting destinations which may be closed or close early on different days of the week and different seasons.

From Bayeux we traveled to Omaha Beach, the site of one of the D-Day invasions to liberate France from the Nazis in World War 2.

In the fight to liberate France, there were 7 fleets in Operation Overlord along the coast; 6 decoys and the authentic invasion.
“The Allied casualties figures for D-Day have generally been estimated at 10,000, including 2500 dead. Broken down by nationality, the usual D-Day casualty figures are approximately 2700 British, 946 Canadians, and 6603 Americans. However recent painstaking research by the US National D-Day Memorial Foundation has achieved a more accurate – and much higher – figure for the Allied personnel who were killed on D-Day. They have recorded the names of individual Allied personnel killed on 6 June 1944 in Operation Overlord, and so far they have verified 2499 American D-Day fatalities and 1915 from the other Allied nations, a total of 4414 dead (much higher than the traditional figure of 2500 dead). Further research may mean that these numbers will increase slightly in future. The details of this research will in due course be available on the Foundation’s website at www.dday.org. This new research means that the casualty figures given for individual units in the next few paragraphs are no doubt inaccurate, and hopefully more accurate figures will one day be calculated.”