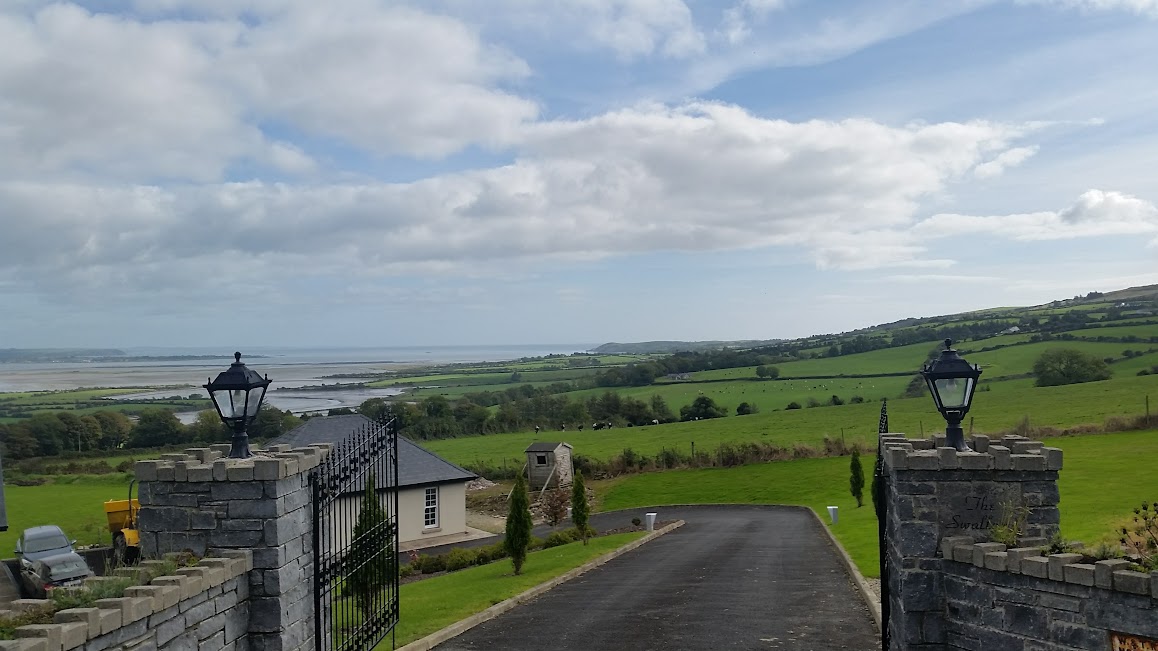 We loved Ireland. Loved. Ireland. Our trip to the Emerald Isle was nearly a spontaneous afterthought. As we were planning our travel agenda, Tim mentioned that he would really like to visit Ireland. It was not on the mainland of Great Britain and not on the way to France but because every year we do a St. Patrick’s Day feast and it was in Tim’s heart, we decided to drop in. We were glad we did.

We left the Airbnb at 5 a.m. to catch the flight from Edinburgh on Ryan Air (we were informed later that we were lucky the flight wasn’t cancelled, not an unusual occurrence.  I had never experienced anything like that flight. Unlike larger airlines, you had to purchase any drinks or snacks you wanted. and the flight attendants were hawking lottery tickets. The bright colors and atmosphere were more like a carnival than the business-like airlines we were accustomed to. It was a fun introduction to the light-hearted ambience that permeates the island. 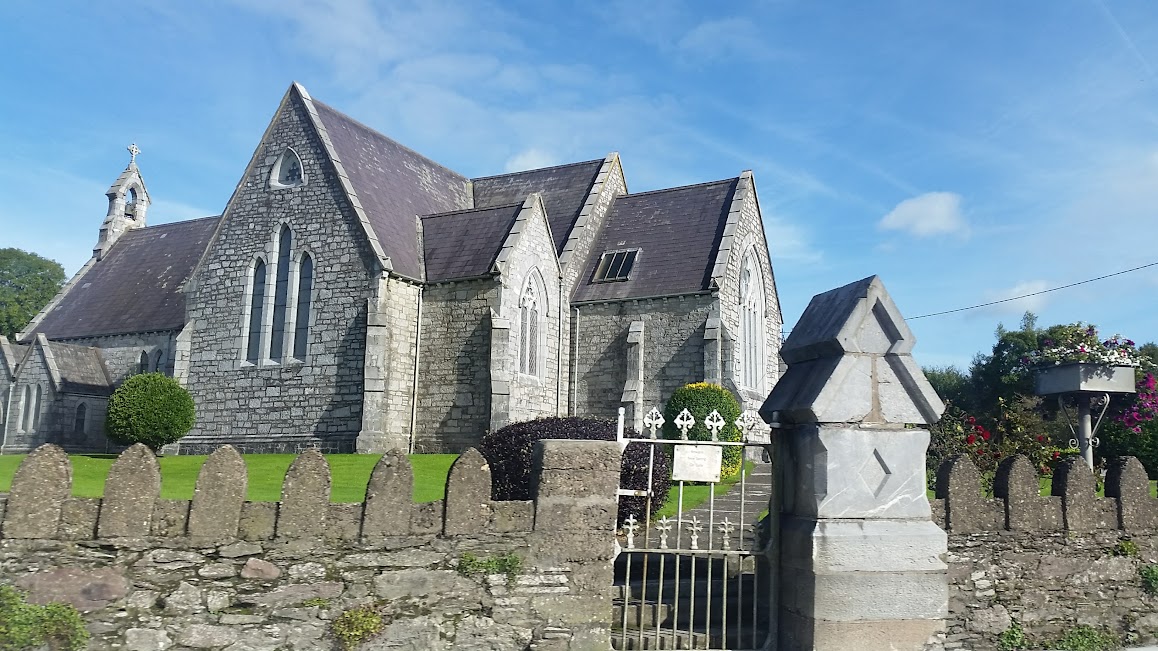 Since arriving in Europe, we had utilized public transportation, but in order to reach the Blarney Castle in the brief time allotted for the visit, we rented our first car. We had become accustomed to traveling on the left side of the road, or so we thought, until we actually were driving on the left. And for the first time, the road signs were not in English (all right they had translations but the first language was Irish.) I believe we had shaken off jet lag and Newell was awake enough to tackle this but it was not easy. We drove out of the airport in Dublin and fortunately were able to follow other cars onto the freeway we needed to reach Cork. We had GPS but it was helpful to carry maps we had picked up at AAA. A visual of distance and city placements was very helpful. 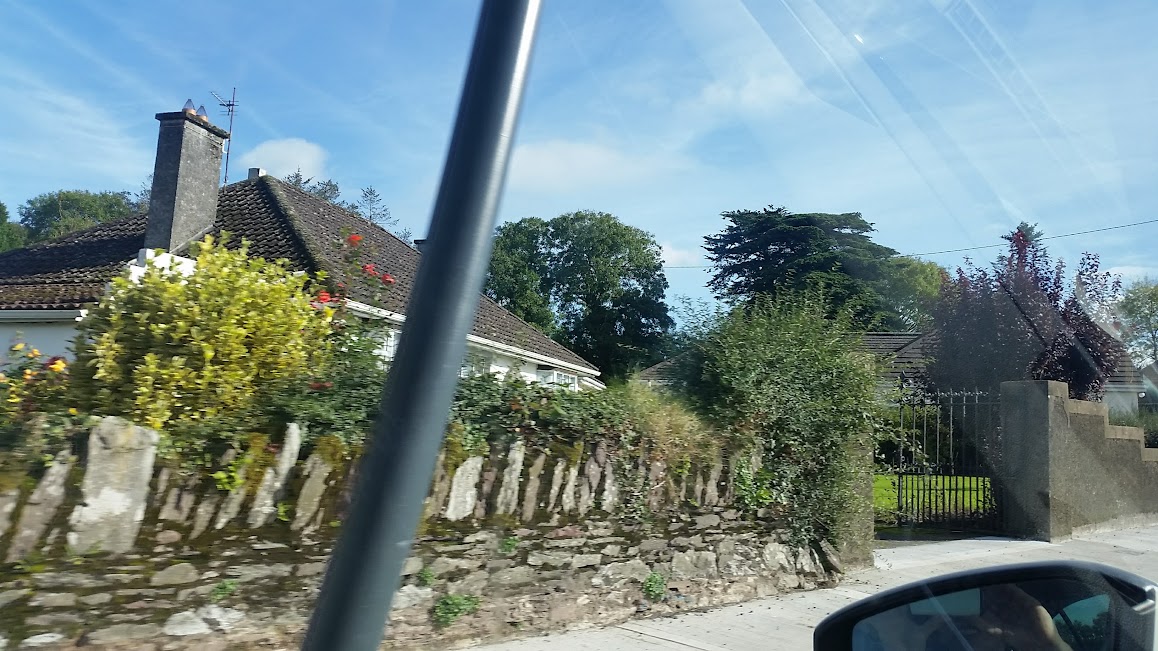 Yep, that’s us on the left side of the road, not too bad until you get to the freeways and roundabouts, then its a little creepy. 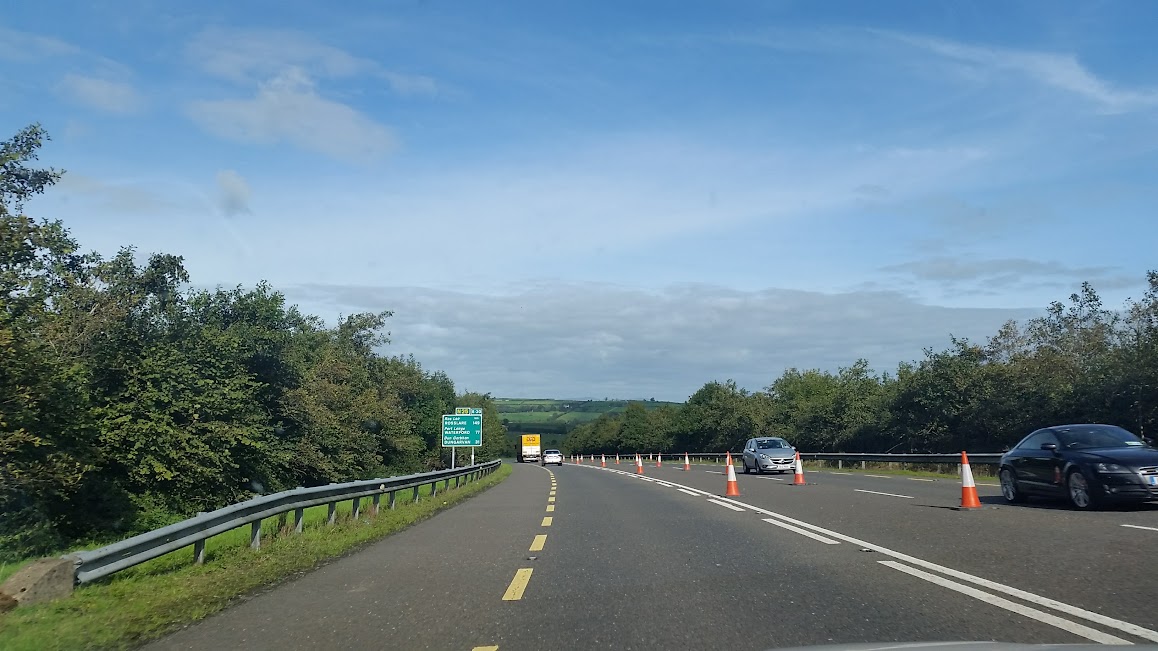 In Ireland the first stop was for lunch. We got off the freeway in Kildare and found what appeared to be an upscale outlet mall with a grocery store/bistro nearby. I could have lingered for quite a while if there had been more time, it had a charming Cape Cod-type of architecture and looked promising but Blarney awaited. Unlike the U.S. with our late hours and perpetually-open businesses, it seemed like the UK shuts down precisely at 5 or 6 p.m, which is one reason dinner in pubs becomes an attraction, sometimes the only option for prepared meals at off-hours.
We checked out the bistro and opted for a trip to the market instead. We needed to stock up on a few things and didn’t want to take the time for a sit-down meal. The Irish market was adorable. We found prepared sandwiches and a lunch deal that included a fruit smoothie and bag of vegetables or fruit; we added some fancy cheese straws, bell peppers and a few local treats. The cashier was friendly and patient with our awkward attempts to transition to Euros.
Back on the left side of the road, we were off to the Blarney Castle for a quick kiss…

Someone knitted or crocheted sweaters for the trees (what no Irish cable stitch?)

The old stone castle was large and imposing. Climbing the narrow winding stairways inside to reach the storied stone was a challenge. I wondered how the female inhabitants of the castle carried food and other supplies up the stairs while wearing long skirts. Eventually a later family built a more accessible castle on the property.

Tim acquires the gift of blarney.

The view from the top. Note that these are not tiny cows.

After CAREFULLY climbing back down the stairs we explored the poison garden and estate surrounding the castle. 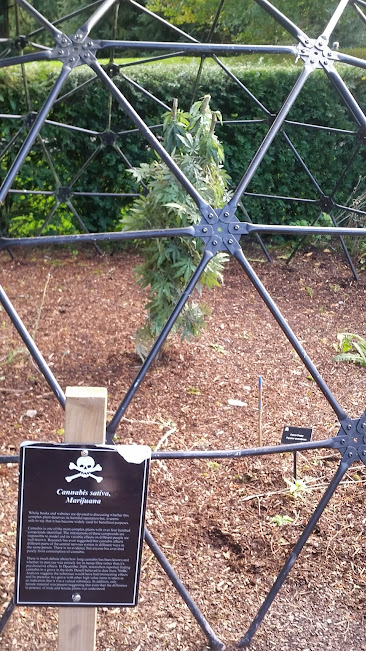 Apparently it was a thing in the past to have a few plants around that could do some damage – digitalis, ricin, opioids and others.

After capturing 2 leprechauns for my little granddaughters , we drove into Cork.

Cork was charming, seaside and windy. 2 weeks after we were there, Hurricane Ophelia blew through, rerouting our trip home. We stayed at an airbnb home at Model Farm that was so beautiful, more elegant than many nice hotels we’ve been in. After a good night’s sleep, we will head into Waterford, the oldest city in Ireland originally settled by Vikings.

if renting a car abroad, always get the GPS option unless you have internet on your phone with no roaming charges. From roads to gas stations, stores and destination addresses a GPS is invaluable. Also we found the smaller the car the better in Ireland, France and Germany where the roads were often very narrow – I mean NARROW. Like squeezing down a lane with stone walls, we were knocking the ivy off the stones, but fortunately not the paint or rear view mirrors.

Decide how to approach dining ahead of time. If, like us you are short of time and trying to economize, you may want to pack an insulated bag and a few reusable ice packs. We had a large gray insulated zippered tote from Costco that proved invaluable for not only keeping food cold but it also doubled as a carry on tote for flights. We were able to stash a large quantity of stuff, my purse, a small backpack, jackets, magazines, etc. Some airlines only allow one carry-on and a purse or backpack, this stretched it. Also when driving and toting our stuff from one airbnb to another, it was convenient for corralling the food.