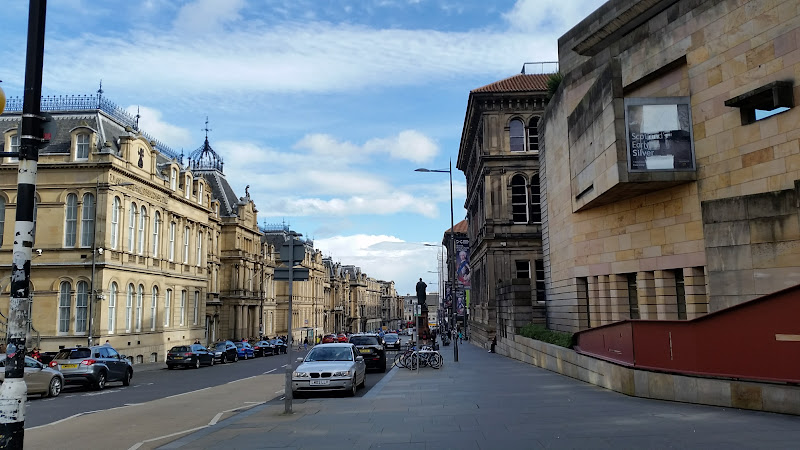 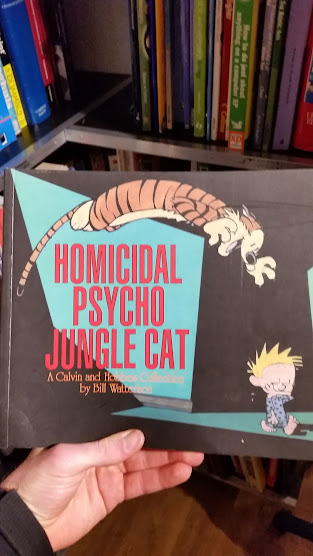 Our trip downtown yielded more fun surprises. Newell hoping to add to his tartan tie collection wanted to stop at a Scottish thrift store; we found one on our way to the museum. There were no tartan ties but we did run across several Calvin and Hobbs comic books and 2 sets of tartan-themed Christmas cards with trees and shaggy Scottish cattle. Since the McMurtrys raised cattle, he thought that would be fun for his family. We walked on to the National Museum of Scotland.

One of the things we loved about Europe was the frequency we experienced of walking through a neighborhood or museum and stumbling across something really cool from history. It happened again when we came face-to-face with a taxidermied sheep in a plexiglass case. 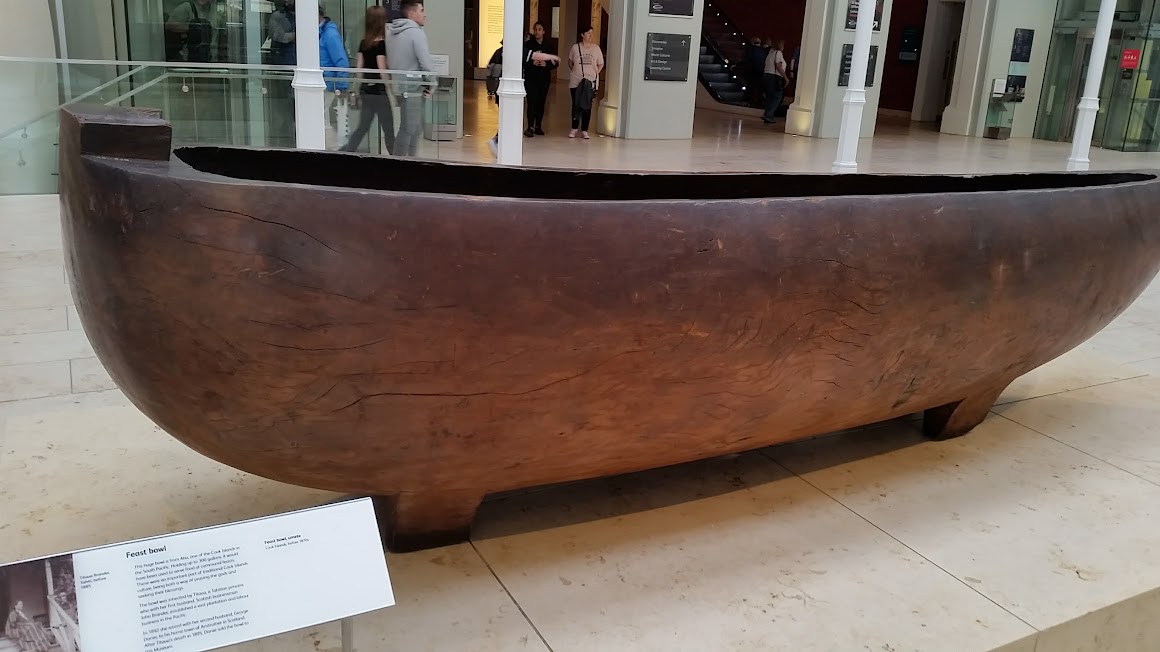 A “peace bowl” for the king and his company to share a drink from.

Fascinating exhibit cases for ancient pieces of jewelry and other small items.

Early art of the Picts and Scots. The Picts made more art, tattooed themselves and were more into mark-making as historical reference.

A crest of the United Kingdom.

After lunch in a tartan plaid-upholstered cafe we made it through the rain to the Museum of Art.

Die-hard Harry Potter fans will recognize this coffee house as the location author J.K. Rowling penned her famous Harry Potter and the Sorcerer’s Stone, the book that launched the series.

The Sir Walter Scott Memorial Tower downtown that the guys decided to explore. With my foot still healing I decided to pass and headed over to exploreTKMaxx  instead.

But oh that view…

The following day we moved to a different Airbnb and watched LDS General Conference. Our hosts suggested we walk along the Waters of Leith trail and visit the Gallery of Modern Art.

And this is the capitol city – gorgeous. On to the Scottish National Gallery of Modern Art.

And my family complains about my stacks of stuff.

With this we leave the art and culture of Scotland and prepare to discover Ireland.