Our plan was to arise early and walk from our AirBnB across Hyde Park to attend the Britannia (heavenly sounds to the ear of an Anglophile)  LDS Young Adult Ward church service on Exhibition Road. It quickly became apparent that with my injured foot I wasn’t going anywhere so Newell and Tim set off to find a pharmacy. They  brought back an orthopedic ankle support, but we missed the meeting and felt badly about that. 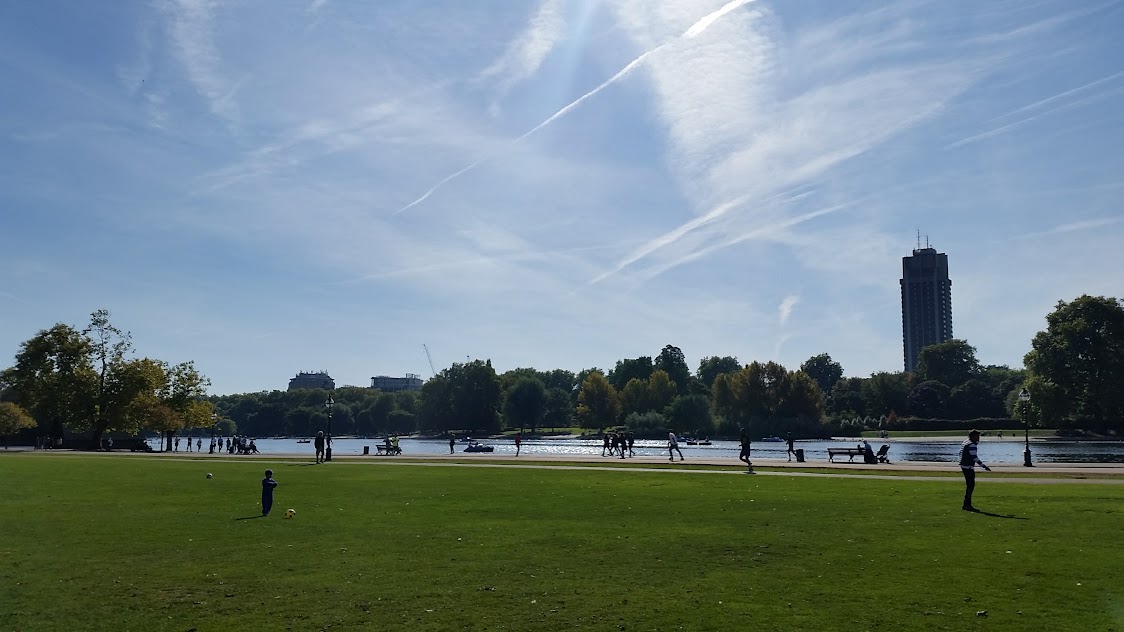 While looking for a pharmacy, the guys passed the Baden-Powell House, home of the founder of the Boy Scouts. Now furnished as a sort of hotel/hostel/YMCA, there are  affordable rooms, meals and community events held there.

Hyde Park was described in the Domesday Book ordered in 1086 by William the Conqueror. After his break from the Roman Catholic Church, Henry VIII took the property from Westminster Abbey and turned it into a deer hunting refuge. Our family tree includes the Conqueror, Hydes and Henry VII, so it seems we have some connection to the history of the park. 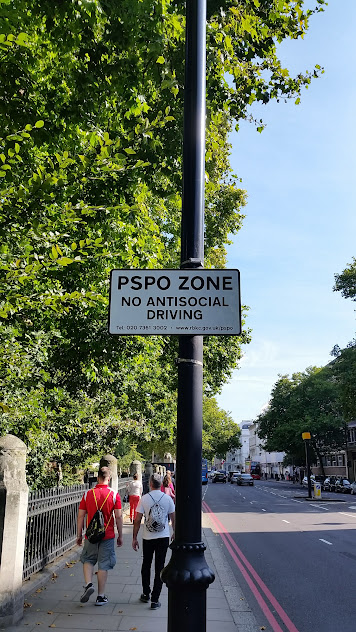 Of course, the proper manners expected by the British extend to the roads as well. Did you know that driving on the left hand “The Rule of the Road” was started to keep traffic flowing safely on the London Bridge? 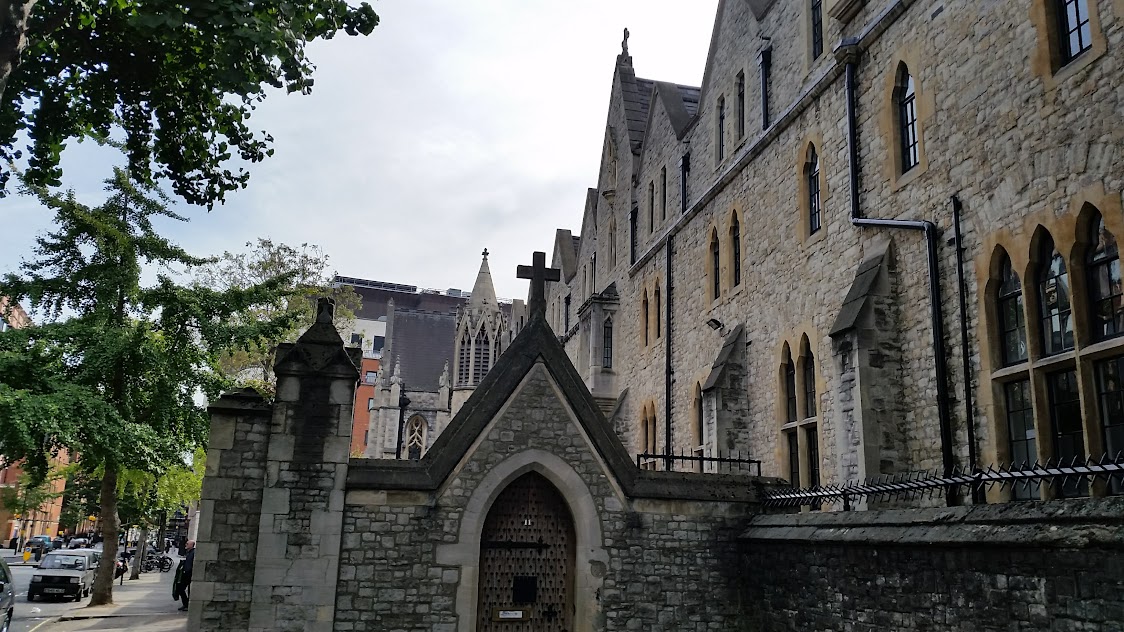 A convent just down the street from the house we were staying at.

After church we were going to walk down the block to the Victoria and Albert Museum and the Natural History Museum. Newell was convinced that I needed to get out because we only had a few days in London, so he located a nearby train station, wrapped my foot, grabbed some snacks and water and we set out. We try to observe the Sabbath Day by not shopping and by focusing on spiritual subjects. I rationalized that the LDS Church Art and History Museum in SLC is open on Sunday so maybe its all right to walk through these; the museums are free.

There is an entrance that comes up from the underground trains “the tube” (mind the gap) straight into the museum so we missed the grand exterior but walked into an amazing collection of art and history. In the tunnel we were treated to the fresh wafting melody of a performing harpist, heavenly.

Ahh, the Victoria and Albert, like a good British home, a melange of collected objects were displayed there. My first stop was at the sketches of Beatrix Potter (Peter Rabbit author) and E H Shepherd (Winnie the Pooh illustrator.)

And a mural showing what an artist can accomplish with a black, white and sanguine pigments.

A group of government officials convened at some point and made it legal to copy great art to display in multiple venues. Apparently you don’t need to travel you can find all your favorites right here. 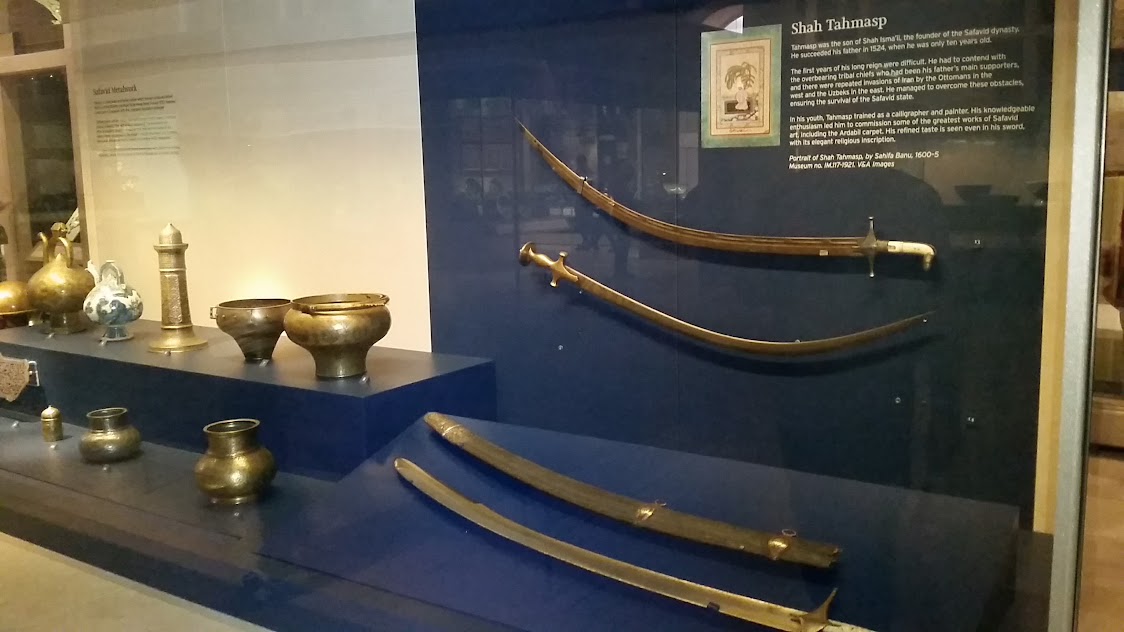 Check the attitude and body language of this gentleman.

The crown and jewel exhibit; I think this one will be fine.

The Natural History Museum featured statues of a variety animals on the exterior.

And inside an entire whale skeleton exhibited from the ceiling (can you imagine assembling and hanging this?)

From here we went to Buckingham Palace, the queen wasn’t in and hadn’t given us her weekend itinerary so we missed her.

I loved how everything had so much history and was accessible and convenient to reach. 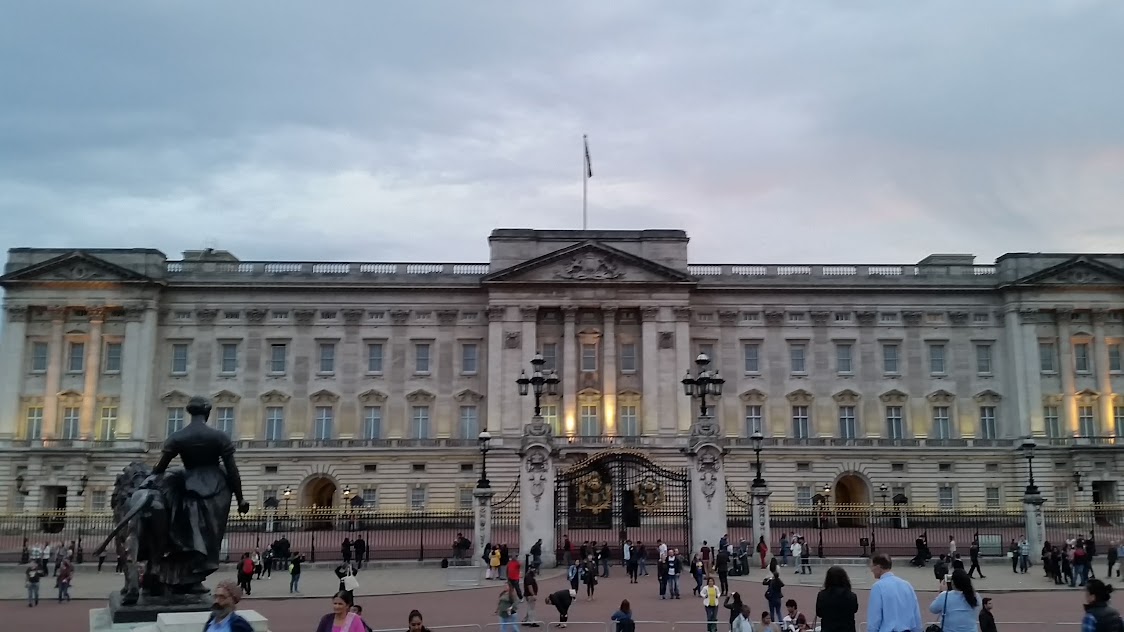 One of the things I most admire about the British is their culture of devotion to “queen and country.” I value and hold most dear the freedoms we enjoy in America, but I feel that in our fierce individual sovereignty we have lost some of loyalty and feelings of community enjoyed by the British. I felt like we were with family.

Look for alternative lodging at The Baden-Powell House and the Penn Club.

Carry drinking water in refillable containers, we found very few drinking fountains in Europe, buying bottled water gets expensive after a while.

You will likely be on your feet a lot – condition yourself by walking and taking glucosamine chondroiton for your knees.