Skip to content
Hello Hill Air Force Base littles – are you ready to read?
On October 26, I’ll be sharing harvest and Halloween stories and games at the Hill AFB library story hour. 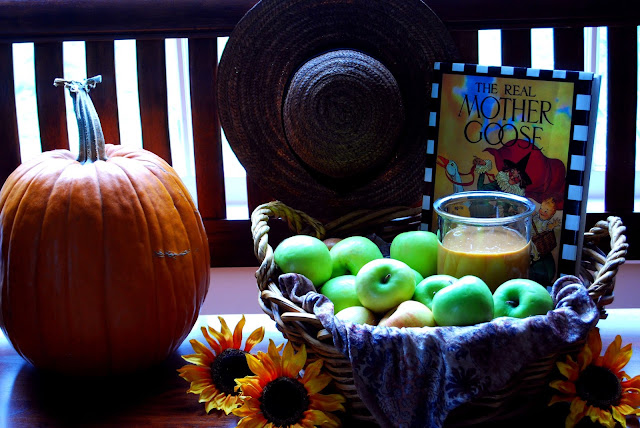 Mother Goose and friends will be the special guests of our harvest and Halloween themed event.

Until then, here are a few of my favorite
autumn books and movies:


When I was a child, I enjoyed Eleanor Estes’ The Witch Family. I don’t normally do witches for Halloween — but I haven’t been able to shake off my affection for this cute book. The heroines are two little girlfriends who banish an imaginary witch (or is she?) to a glass mountain. Into the adventure come a pretty little witch girl, a baby witch, mermaids, cats, Easter bunnies, and a magical bumblebee… things young girls find fascinating and fun. (Check Amazon.com).
Edgar Allen Poe short stories, Ray Bradbury’s Martian Chronicles; Usher 2 or Washington Irving’s The Legend of Sleepy Hollow. Fun and vintage poems, Little Orphan Annie, (…and the gobbleuns ‘u’ll git you if you don’t watch out!”) by James Whitcomb Riley and  Hallo’een, (“Tonight is the night when dead leaves fly…”) by Harry Behn.

I have always enjoyed Mother Goose stories. If you are looking for an image replacement for iconic Halloween witches, Mother Goose might be a good candidate; the kindly old woman loves children and likes to tell good stories.
In her book, “The Real Personages of Mother Goose,” published in 1930, Katherine Elwes Thomas describes her theory of the origin. “The statement is made in Vol. X of Americana: It is now concluded that Mother Goose belongs to French folklore, not to English tradition. Charles Perrault, Paris 1628, was the first person to collect and publish the Contes de ma mere L’Oye or Tales of Mother Goose, and though he did not originate the name, there is no reason to think that Mother Goose was a term ever used in English Literature. The tales of Mere L’Oye are taken from ancient legends of “Goose-Footed Bertha,” wife of Robert II of France. Queen Bertha is represented in French legends as spinning, with children clustered around her listening to her tales. From this arose the French custom of referring any incredible stories to the “time when good Queen Bertha spun.” (Have you ever heard of spinning a yarn?)
The French tales of Mere L’Oye are tales in prose: Little Red Riding Hood, The Fairy, the sisters who drop diamonds and toads respectively from their mouths, Bluebeard, The Sleeping Beauty, Puss in Boots; of which there are many parallels in folklore tales of many countries such as Cinderella, Riquet with the Tuft and Little Tom Thumb. Also an introductory note by William H. Whitmore in John Newberry’s “The Original Mother Goose’s Melody,” around 1760. “On the frontispiece is an old woman, spinning and telling tales to a man, a girl, a little boy, and a cat. .. Some writers connect the legend of Mother Goose with Queen Goose-foot Reine Pedance, said to be the mother of King Charlemagne.”

Here are a few of my favorite movie choices that you might enjoy; all are G to PG 13 rated.
#1 on my list, Disney’s Halloweentown series. There’s Disney’s Hocus Pocus, Watcher in the Woods (super suspenseful but not gorey – look for Bette Davis), That Darn Cat (not really about Halloween, but funny anyway), Mr. Boogedy, Bride of Boogedy and The Legend of Sleepy Hollow (remember Ichabod Crane?) Then there are the Harry Potterseries, Meet Me in St. Louis, and of course, The Wizard of Oz and Return to Oz.  Some of these are fairly intense and you might share them with older children. There are Halloween movies for younger children featuring Winnie the Pooh, Casper the Friendly Ghost and other children’s literary characters.
Also check out television’s The Addams Family and The Munsters. 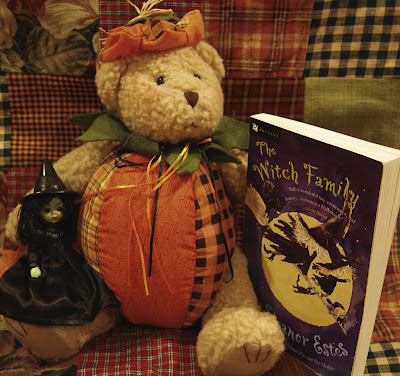 With a son in the military, I have a special place in my heart for those who serve our country and their families who support them. My son is overseas for 3 years and this is his son’s 1st Halloween. So for Ender and all of his kindred spirits this hour’s for you! 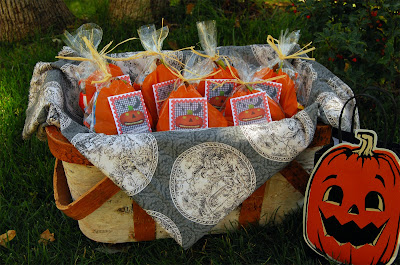 These treats were deployed to Afghanistan to a special unit there. I have a sneaking suspicion that the other soldiers didn’t get their goldfish crackers. Andrew? 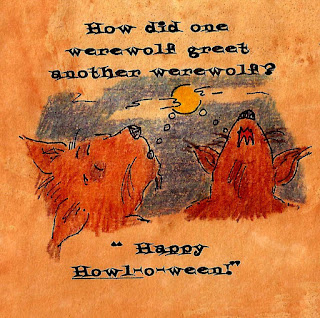 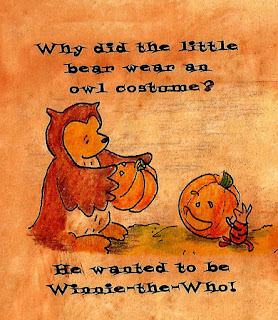 Read up on fun and creative ideas for your Halloween in 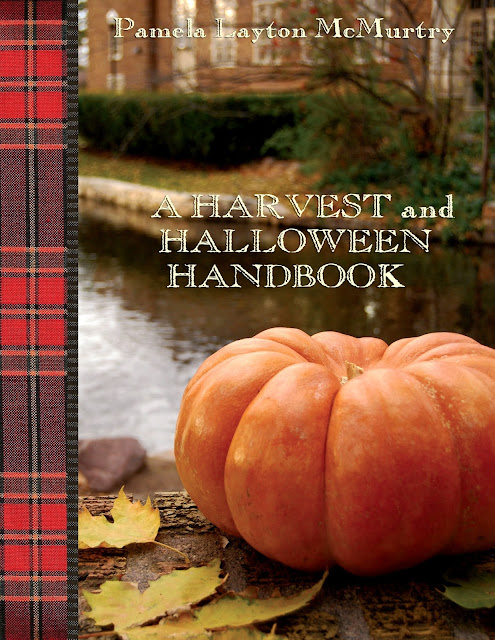 LEMON HONEY CHEESECAKE
Lemon and honey are a sunny, unseparable pair in many recipes. Enjoy the duo in this slightly less-guilty delicious dessert. Prepare the graham cracker crust first, then add the filling and bake.
Serves: 16
Graham Cracker Crust
1½ cups graham cracker crumbs (use gluten-free if desired)
¼ cup sugar
¼ cup butter, melted
In a mixing bowl combine all ingredients and press evenly into the bottom and partway up the sides of a 9-inch springform pan. Set aside. Heat oven to 325 degrees.
Cheesecake Filling
40 ounces Neufchatel cheese (reduced-fat cream cheese)
½ cup honey
1/3 cup all-purpose flour
1 cup low-fat sour cream or plain yogurt
¾ cup lemon juice
1 tablespoon grated lemon zest, save additional zest for garnish
4 eggs
additional honey, thinly sliced lemon for garnish
In a large mixing bowl combine the cream cheese, honey, flour, sour cream, lemon juice and lemon zest. Add eggs one at a time, beating well after each addition. Pour filling into crust. Set the pan on a foil-covered baking sheet and place in center of oven.
Bake at 325 degrees for 1 hour and 15 minutes or until center of filling is almost set. Cool. Run a knife around the sides of the pan to loosen crust, unhook the hinge of the springform pan and remove the outer ring.

Refrigerate cheesecake several hours or overnight before serving. Slice and drizzle with additional honey, add a lemon slice and zest to each bee-licious serving.


This rich and delicious treat is very popular with pumpkin pie fans. Friends and followers on Pinterest have been uploading this recipe in record numbers; it is easy to make.
This is my son Andrew’s favorite Pumpkin Pie Cake. 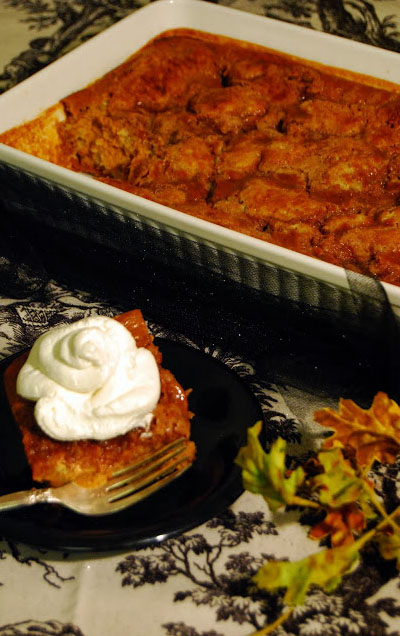 PUMPKIN PIE CAKE
Preheat oven to 350 degrees.
From a box of yellow cake mix, remove one cup and set           aside. Make crust by combining remaining cake mix with:
1 egg

Check out the Good Hosekeeping retro costume parade: #4 and #40 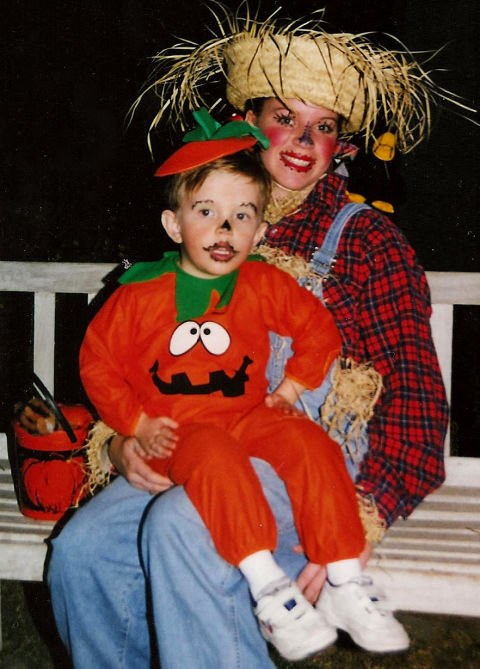