One of my children’s friends lives in Hawaii (lucky.) She is all about mermaids; when she posted a cute photo of her baby daughter and herself wearing matching mermaid headbands, it reminded me of a mermaid book I had written for children that is yet-to-be published.

It is a nautobiography about a family of mermaids that lives just off the coast of Southern California in a charming little village called Coralsbed.

I think I will share it here in weekly installments leading into the holidays. It might make a nice contrast to the wonderful frosty things we expect this time of year. For your reading pleasure: 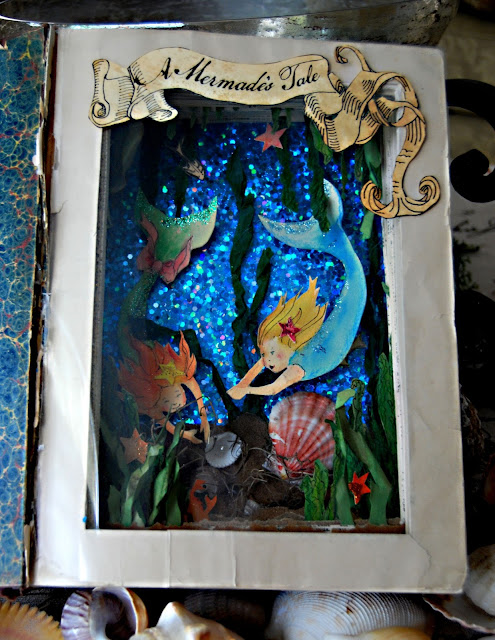 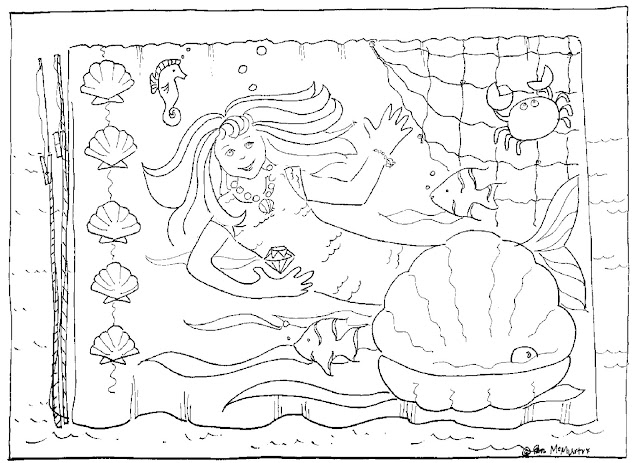 Here is a coloring page of Shell at a carnival fishing booth, it is like one I will tell you about in the next chapter.