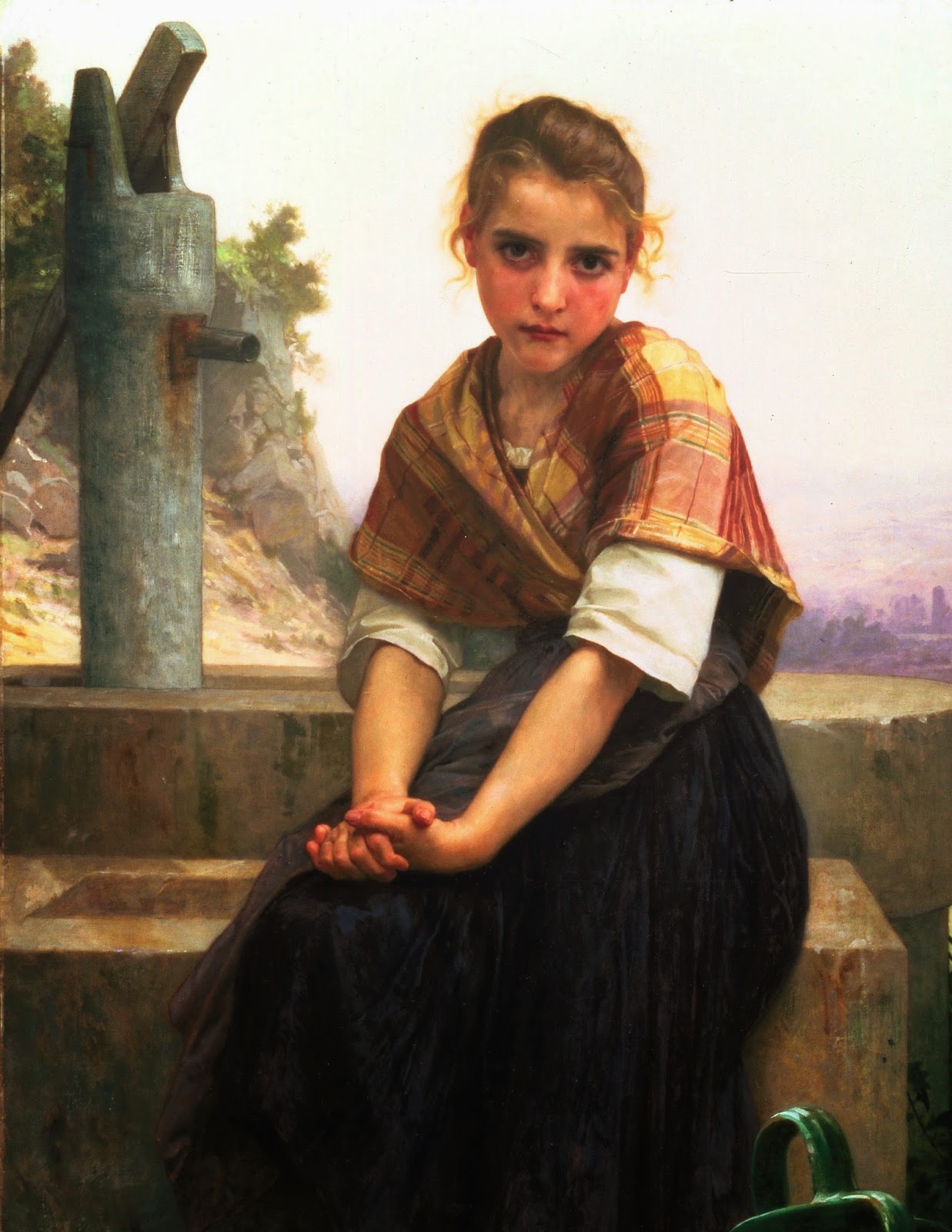 My murals class at the University of Utah earned and was awarded a scholarship to travel to San Francisco for a weekend to view art.
During the tour, I found a new favorite west coast art museum. I have always enjoyed visiting the Getty in Los Angeles, but was pleasantly surprised to find another collection that moved quickly into first place: The Legion of Honor in San Francisco. To be honest, it was Bouguereau’s The Broken Pitcher that sealed the deal for me. I am a huge fan of many of his pieces and enjoy the experience of discovery and the ahah moment that takes my breath away.

Other parts of the tour were less satisfying; Chinese artist Ai WeiWei’s exhibition Perspective Realia @ Large on Alcatraz in San Francisco. While I am absolutely sympathetic to the plight of prisoners of conscience, especially when they are being held by communist and totalitarian regimes. I had a very small but similar experience being “punished” for choosing to go to church Sunday and have family time rather than touring additional San Francisco art galleries and The People’s Republic of Berkeley with the rest of the group; but that might be expected from the more liberal art professors at the University of Utah. Oh horror – I may have even missed another gay male sex exhibit like the one at San Francisco Art Institute.

On Alcatraz I enjoyed seeing the gorgeous silk dragon at the beginning of the exhibition but was distressed upon finding out that Mr. Weiwei included American traitor Edward Snowden in his group of prisoner of conscience. Snowden published lists of American CIA agents and their addresses, endangering many American lives at home and abroad.

Weiwei also exhibited images of men held at Gitmo that were involved in the 9/11 attack on the U.S.; displaying them as prisoners of conscience. This made me made me very angry; my reaction was magnified by the fact that my dearly beloved soldier son has been deployed three times to the Middle East and has seen friends and innocent civilians die at the hands of consciousless thugs such as these. And this is being exhibited at a National Park, with my tax money supporting it.
Did I mention I missed my flight Friday morning because I was detained and searched by TSA, a result of the “precautions” in place because of the effects of terrorists and the attacks on 9/11? Venting over, thanks for listening. Peace out.