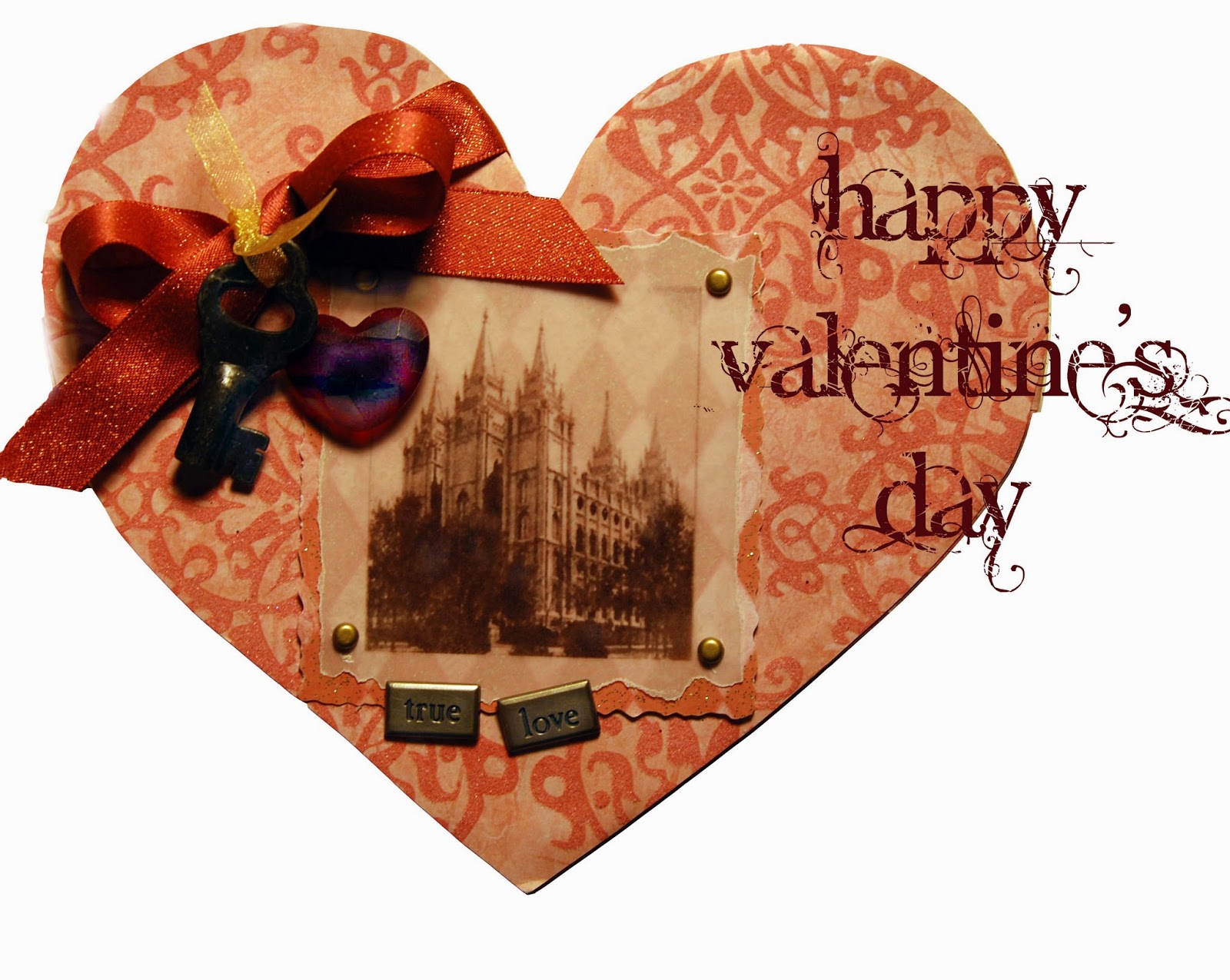 Are you planning a romantic surprise for Valentine’s Day?

For maximum happiness, give a gift in your sweetheart’s love language. No sweetheart? Give yourself a gift in your love language!  http://familyshare.com/marriage/share-the-love-giving-the-right-kind-of-gift
Light your creative flame with these:
Oh la la – breakfast in bed!
Strawberry crepes
Heart-shaped baked bacon
Fresh-squeezed style orange juice or fruit smoothie
Did you know that watching and discussing romantic movies together cuts divorce rates among newlyweds and has the same effect as spending time with another couple in love – why not try it out with your sweetheart?
http://www.huffingtonpost.com/2014/01/31/movies-marriage-study_n_4705387.html

Wondering which romantic movies were peoples’ favorites, I  conducted an unscientific, biased survey to which about 250 kind and generous people responded. Here are results of the favorite G – PG 13 romance movies from the respondents. I am not endorsing these and have not even seen many of them, but for your romantic viewing pleasure here is the blooming crop. I’d love to know if investing 2 hours watching them does increase your happiness and makes you more open to loving. That is another survey.

While You Were Sleeping (19)
Somewhere in Time (18)
The Notebook (15)
Pride and Prejudice (13)
The Princess Bride (12)
Ever After (11)
You’ve Got Mail (11)
The Scarlet Pimpernel
(didn’t have over 10 votes but the fans were wildly
profuse in its praise)
All of the nominated movies; grab a tissue and box of chocolates girls and guys…
A Walk in the Clouds
A Walk to Remember
Always
An Affair to Remember
An American in Paris
Anne of Avonlea
The Beautician and the Beast
Beauty and the Beast
Bed of Roses
Casablanca
Charade
Charley
Cinderella
Circus World
Clueless
The Cutting Edge
Dan in Real Life
Dances With Wolves
Dear John
Dr. Zhivago
Ella Enchanted
Emma
Enchanted
Ever After
Family Man
50 First Dates
French Kiss
Ghost
Ghost Town
The Glass Bottom Boat
Gone With The Wind
The Goodbye Girl
Grease
Heaven Can Wait
Hello Dolly
Hiding Out
Hitch
The Holiday
Hope Floats
Jane Austin
Just Like Heaven
Kate and Leopold
A Knight’s Tale
Labor Day
Lady Hawk
Lake House
Leap Year
Legally Blond
Letters to Juliette
Lorna Doone
Love and Basketball
Love Story
Maid in Manhattan
Maid of Honor
Mamma Mia
Man From Snowy River
Meet Joe Black
Message in a Bottle
Miracle on 34th Street
Miss Potter
Moulin Rouge
My Best Friend’s Wedding
My Big Fat Greek Wedding
My Fair Lady
Never Been Kissed
North and South (British)
The Notebook
Notting Hill
On Golden Pond
Only You
The Other Side of Heaven
Out of Africa
The Parent Trap (both versions)
Penelope
The Phantom of the Opera
The Philadelphia Story
Pretty in Pink
Pride and Prejudice
The Prince of Persia
The Princess Bride
The Princess Diaries
The Proposal
P.S. I Love You
Pure Country
Return to Me
Romancing the Stone
That Thing You Do
The Runaway Bride
Sabrina
Safe Haven
The Scarlet Pimpernel
Sense and Sensibility
Serendipity
Seven Brides for Seven Brothers
Shadowlands
Sissi
Sleepless in Seattle
Somewhere in Time
Sweet Home Alabama
Superman
Ten Things I Hate About You
Titanic
The Tourist
The Vow
Two Weeks’ Notice
The Wedding Singer
West Side Story
What’s Up Doc?
While You Were Sleeping
White Christmas
Wives and Daughters
Your Foolish Heart

This Cinnamom Crunch Popcorn is a spicy, delicious treat to munch while you are enjoying your romantic movie marathon 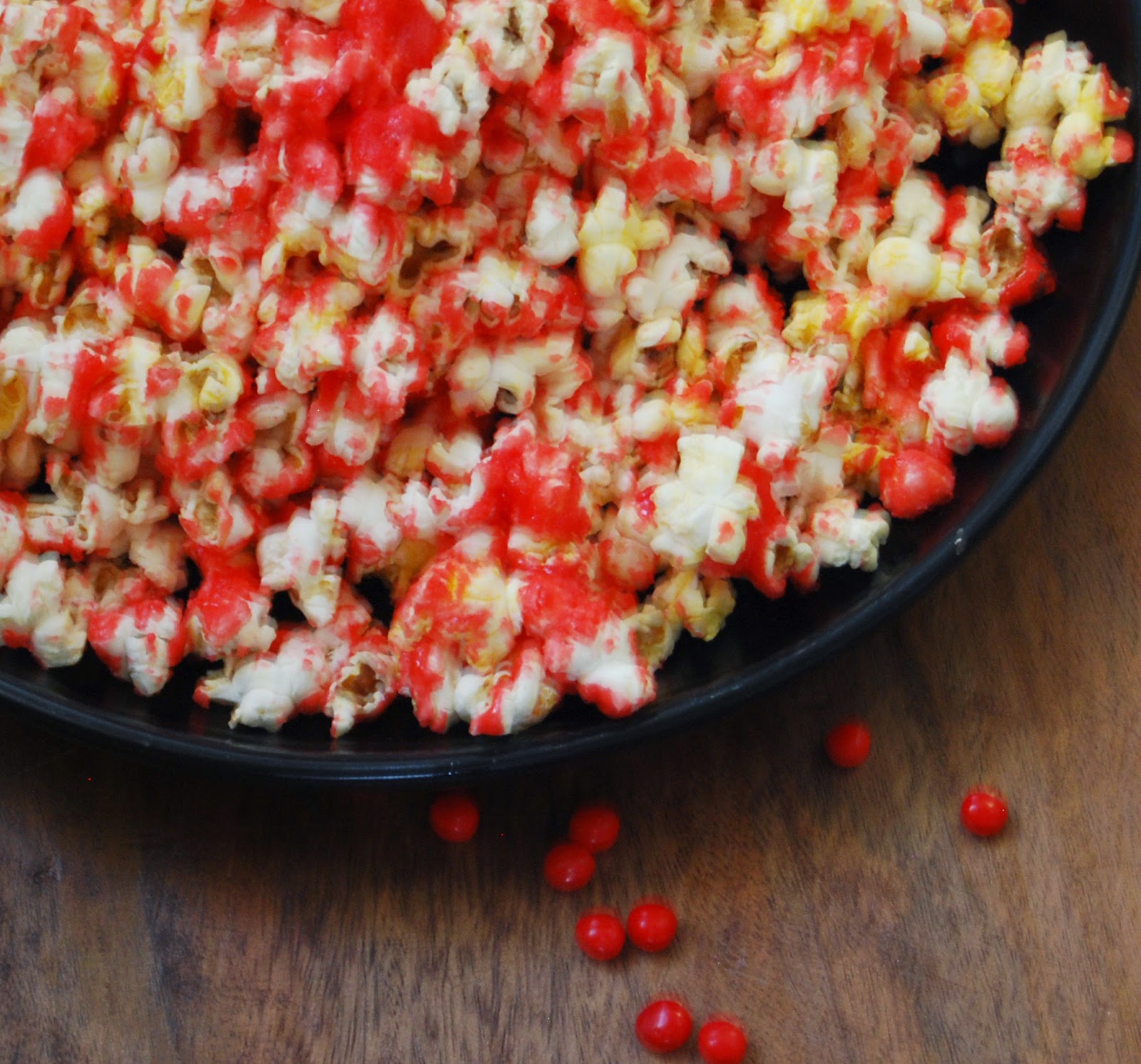 Discover your family’s love stories – find out the loving history of your grandparents, parents, aunts and uncles; see if you can identify fun patterns and traditions.

Here are dozens of creative ways to show your love without spending a fortune: http://zenhabits.net/ways-to-be-romantic-on-the-cheap/ 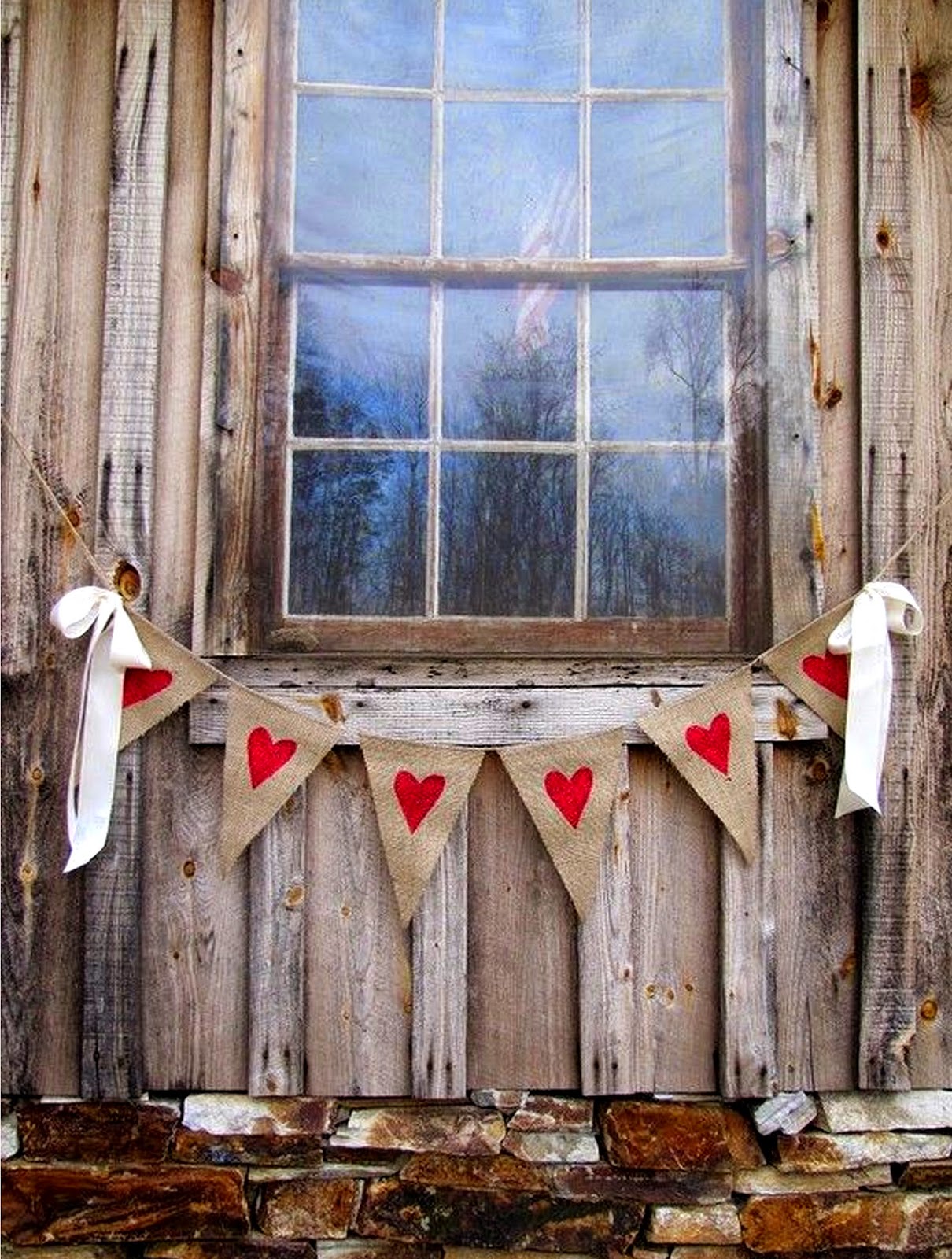 “Our relationships help us cope with stress, so if we have someone we can turn to for emotional support or advice, that can buffer the negative effects of stress,” says Julianne Holt-Lunstad, an associate professor of psychology at Brigham Young University, who has been publishing studies for the past 10 years on social relationships and their influence on health and disease.

Most studies on the health benefits of love have focused on married couples. In 2007, after reviewing research on the health effects of matrimony, the Department of Health and Human Services issued a 68-page report that found that, in general, married people are happier, live longer, drink less and even have fewer doctor’s appointments than unmarried folks.
Of course, “we all know that not all marriages are happy,” Holt-Lunstad says. Very few of the thousands of marriage studies take the quality of the union into account; “I can think of maybe seven.”
So, Holt-Lunstad set out to see what kind of links there might be between love and health, and in 2008, she identified one, in a study published that year about marriage and blood pressure. She found that happily married people have lower blood pressure than unmarried people. But unhappily married people have higher blood pressure than both groups. So, when it comes to blood pressure, at least, you’re probably better off alone than in a troubled marriage.
Loving spouses tend to encourage preventive care, reinforce healthy behaviors such as exercise and flossing, and dissuade unhealthy ones, such as heavy drinking, according to many studies. Romantic relationships also can provide a sense of meaning and purpose in life that can translate to better self-care and less risk taking, Holt-Lunstad says. (There are also practical benefits to marriage that can improve one’s health but have nothing to do with love. For instance, married people are more likely to have health insurance and be financially stable, according to the HHS study.)
Arthur Aron, a social psychologist at Stony Brook University in New York, has dedicated his professional life to understanding the science of love. Specifically, Aron does brain scans with fMRI machines of people at various stages of the romantic journey: newly in love, in long-term relationships and recently rejected.
Like winning the lottery
Though most of his studies are small, involving only 15 to 20 people, Aron has consistently found that feelings of love trigger the brain’s dopamine-reward system. Dopamine is a powerful neurotransmitter that affects pleasure and motivation. It is activated in many people, for instance, by winning a lot of money or taking cocaine.
In a study released in the January 2011 issue of Social Cognitive and Affective Neuroscience, Aron compared the brain scans of 17 people who had been married for an average of 21 years with data from his 2005 study of 17 people (10 women and 7 men, median age of 21) who were newly in love. Both groups had neural activation in the dopamine system but, interestingly, the brains of the newer lovebirds also lit up in areas associated with anxiety, obsession and tension.
“When you’ve just fallen in love and the person goes out of your sight for five minutes, you think, ‘Are they dead? Did they find someone else?’ ” Aron says.
Hugging and hand-holding, meanwhile, have been found to release the hormone oxytocin, which lowers the levels of stress hormones in the body, reducing blood pressure, improving mood and increasing tolerance for pain, according to research from the University of North Carolina at Chapel Hill.
If being in love makes you happy, it may also have another welcome health benefit: fewer colds. Researchers at Carnegie Mellon University in Pittsburgh assessed 334 healthy volunteers, ages 18 to 54, for their emotional styles. Those who tended to experience positive emotions such as happy, pleased and relaxed were more resistant to the common cold than those who felt anxious, hostile or depressed. Since the study covered anyone with positive emotions, the results could apply to those in happy relationships – or anyone with a sunny outlook.
A healing effect
A happy marriage may also speed the rate that wounds heal, according to a 2005 study at Ohio State University. It found that a married couple’s 30-minute positive, supportive discussion sped up their bodies’ ability to recover from an injury by at least one day. Researchers Jan Kiecolt-Glaser and Ronald Glaser fit 42 married couples with small suction devices that created eight tiny blisters on their arms. On one visit after being subjecting to the blistering device, the researchers prompted the couple to talk about “an area of disagreement, something that inherently had an emotional element,” Kiecolt-Glaser says. On another visit, the couple had a loving discussion after the blistering. Those blisters healed a day sooner.
Just friends
For those who aren’t in love right now, all is not lost. Holt-Lunstad and colleagues found that strong connections to friends, family, neighbors or colleagues improve odds of survival by 50 percent. She examined data from 148 studies that followed 308,849 people an average of 71/2 years. Social connectedness proved as beneficial to survival as quitting smoking and exceeded the benefits of exercise.
Meanwhile, it’s worth noting that love gone wrong can have health consequences as well.
“Lots of the data on suicide and depression show that one of the major causes, especially among younger people, is rejection in love or unrequited love,” Aron says.
Divorce can damage one’s physical health so dramatically that the person never recovers. A 2009 study in the Journal of Health and Social Behavior found that divorced or widowed people have 20 percent more chronic health conditions, such as heart disease, diabetes and cancer, than married people. They also have 23 percent more mobility limitations, such as trouble walking up stairs. Remarriage offset this trend a bit, but not completely.
Choose your love and love your choice, Happy Valentine’s Day!