Merry Christmas to all of you Kim Power Stilson fans! Here are the three recipes for delicious holiday treats that we talked about on the show today; which was preempted by BYU’s football game and will air on Christmas Eve at 3 p.m. Eastern/ 1 p.m. Mountain and noon Pacific. Enjoy!  http://www.byuradio.org/episode/d49e3f84-80e7-4e1a-b2ed-27335ff1144a

McMurtry Shortbread
These delicious shortbread cookies are hoping to be invited to your party. Cut into holiday shapes and dress up any way you like
Preheat oven to 325°.  Cream until soft
1C softened butter
Add and blend until mixture is soft and fluffy
2/3 C powdered sugar
Add
1 ½ tsp. vanilla extract
Sift together dry ingredients and add to creamed mixture
2 C . all-purpose flour
¼ tsp. salt
¼ C cornstarch
Mix until dough is crumbly and just holds together.
Between two sheets of parchment or waxed paper, roll dough to 1/4 “ thickness. Cut cookies and place on ungreased baking sheets. Sprinkle with coarse sugar if desired.
Bake at 325° for 20 minutes, or until barely golden around the edges. Cool and frost if you wish, but these are wonderful plain.
Donna McDougall’s Mixed Nut Toffee
Place in a 11 x 17″ jelly roll pan
3 ¼ C coarsely chopped nuts; pecans, almonds, cashews
Rub the inside of a large heavy saucepan with butter, then melt over low heat
1 1/2 C salted butter
Add
1 1/2 C + 2 TBSP sugar
3 TBSP water
Cook over low heat until sugar is dissolved, avoid getting sugar on the sides of the pan while cooking. Wipe sides down with a wet pastry brush if necessary. When sugar is dissolved, turn heat to medium and continue cooking to 290° or hard crack stage, the syrup will be dark golden in color. Remove from heat, add
1 1/2 tsp vanilla extract
Pour over mixed nuts in baking pan. Immediately spread with
12 oz. milk chocolate, white or dark chocolate chips
Place an inverted 11″ x 17″ pan over the toffee mixture. Allow chocolate chips to melt for       about 5 minutes, then using a knife or spatula, spread the chocolate chips evenly over the surface of the toffee. Place in the freezer for a few minutes to quickly cool toffee. Break apart into chunks with  a knife. Store airtight
These are best baked in small paper baking cup liners and mini muffin pans. While cookies are baking, unwrap about 48 miniature peanut butter cups. Preheat oven to 375°. Cream together
1/2 C butter
1/2 C peanut butter
1/2 C sugar
1/2 C brown sugar
Add
1 egg
1/2 tsp vanilla extract
In another bowl, combine
1 1/4 C flour
3/4 tsp baking soda
1/2 tsp salt
Blend into creamed mixture. Using a 1 1/4″ cookie scoop, make balls and place in paper- lined mini muffin pans. Bake for 7 1/2 minutes, remove from heat. Press one mini peanut  butter cup in center of each cookie. Allow to cool. Makes 4 dozen cookies.

This is a dry point etching called The Light of the World.

And here’s the rest of the story. In a printmaking class at MiraCosta College, we had the assignment of making an etching on a zinc plate that showed a light source. I thought, hey this sounds like a Christmas card. The professor must have read my thoughts and said – no Christmas cards. Whatever; when do artists follow rules? So I started coming up with a concept for the piece.

I love Christmas; I mean I LOVE Christmas. I love celebrating the birth of our Savior so I took some of my favorite elements of our celebrations; the manger scene is based on an ornament my family had when I was a little girl, the candle has a tartan ribbon (I have an unfortunate plaid addiction) and the holly is symbolic of good luck or fortune and was a favorite Christmas symbol from my childhood. My parents gave a theater party for my birthday and took my friends and me to see a live performance of A Christmas Carol at the local theater in Carlsbad. The holly was on the invitations my mom made. So here’s is an Anglophile’s rendition of favorite holiday traditions. The plate made several prints and then was retired. Zinc is soft and easy for beginners to work with, but doesn’t last very long.

P.S. The teacher gave me an A on the project anyway and kept one for his collection which included etchings by Duchamps 😉 Sweet.

May the true Light of the World illuminate your Christmas celebration and bring you joy at this time of celebration of Jesus’ birth and throughout the new year.

Don’t forget to tune in to BYU SiriusXM Radio 143 on Monday December 22 at 3:00 p.m. Eastern/1:00 p.m. Mountain and 12:00 Pacific for a great Christmas collage – I’ll be sharing the McMurtry shortbread cookie recipe! www.byuradio.org 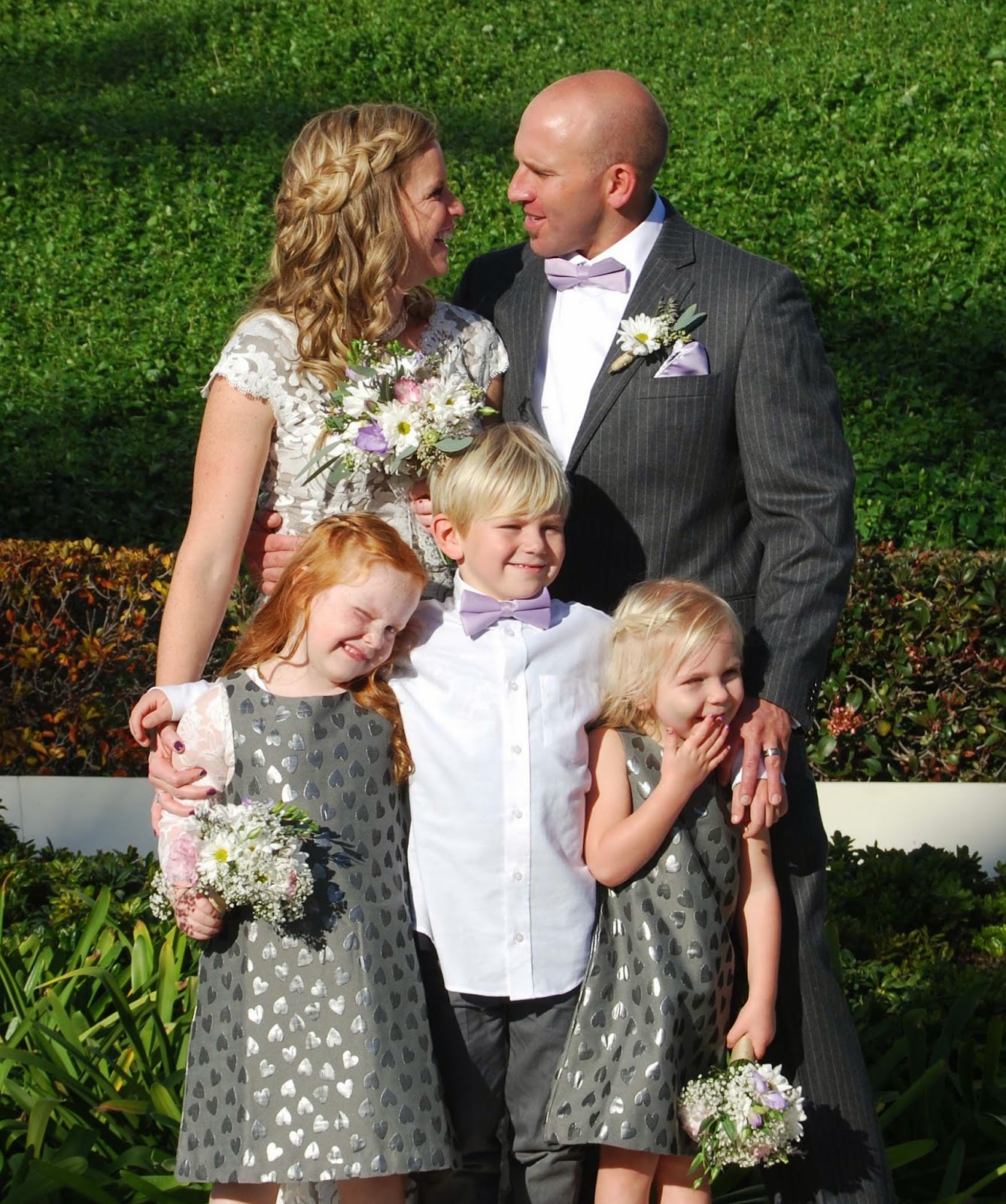 You might want to grab a kleenex for this one and enjoy the “happily ever after” ending.

Her story began on August 26th, a few years back. Heather joined her brother, sister and parents in an adventure already in progress. So excited to join the fun, she raced through her baby years trying to catch up so she could play.
Eager to join the conversation, her first sentence at 10 months was “pick up Edna;” giving herself an affectionate nickname that stuck. So life with Edna began. She was enthusiastic from the beginning; almost running before she could walk. Easter egg hunts, playing with her sister and brother, Christmas, trips to Disneyland brought her so much joy.  She didn’t talk a lot, but was processing, analyzing and synthesizing her world. She was at her best watering the garden with her dad and loved nothing more than a good long cuddle.
She was a fun and affectionate child, a bit intense and difficult at times, but very tuned in to others’ thoughts and feelings.
Life became challenging when her parents divorced after recently having moved to a new town; the family didn’t know many people. She tried to fit in and made friends, but divorce makes  circumstances difficult, especially for children. Mom remarried, and found that blending a family can be a complex and messy business; little Edna didn’t thrive in the chaos.
Still cute and positive she pushed on, swam, danced and finished high school then went to live with her beloved dad. She had great adventures, traveled, won an award for being a top bank teller, worked for ESPN, dated and ended up with Mr. Wrong time and time again.
Eventually she became weary of the process and times were tough. She worked hard as a single mom to provide for her little Elyzza and finally decided that she was destined to be alone; a reality that was almost too hard to bear. She was emotionally and physically frazzled. And that is where the power of prayer took over and God’s great love for Heather was manifest.

Heather had gone to the temple to make covenants with the Lord that had eternal significance. She had received a blessing telling her that her children were excited that she would be their mother – but with no qualified candidate for a husband; there didn’t seem to be any way for that blessing to be fulfilled. She spent a lot of time praying, serving others and hoping that through some miracle, God would lead her to a wonderful man.
She waited and dated and when she had about given up, one of her friends told her about man who had recently lost his wife to cancer; he had two young children. Heather, with her good heart, asked them to let him know that if he wanted someone to do things with she would be happy to surf or climb rocks or snowboard with no expectations.
Eventually he did want the company of another adult and the two single parents found they enjoyed each other’s company and that they shared so many interests. Their friendship blossomed into love and they decided they wanted to share their lives. Now blending families is a messy and complex business, but with with the power of love and prayer, they have bright hopes for the future and a life of happily ever after.
On 12.13.14 Paul and Heather were married in the Church of Jesus Christ of Latter-day Saints San Diego Temple.

This year, a wonderful man and a beautiful woman and three little children got a family for Christmas. And like other satisfying stories they all will live happily ever after like her brother and sister and their families.

Here are some of our favorite blessings:

In case you missed the chat about
Christmas angels and traditions
on BYU SiriusXM Radio 143 here’s a link:
http://www.byuradio.org/episode/a40d0a21-9821-497f-b3e2-905f51998ef4/the-kim-power-stilson-show-christmas-angels

And as always thank you Kim, it was a pleasure!

Here are coloring pages you can print
for your little angels:

Invite your child to design a book cover featuring their favorite Christmas story.

The green factor of real vs. fake Christmas trees:
http://www.nytimes.com/2010/12/18/business/energy-environment/18tree.html?pagewanted=all