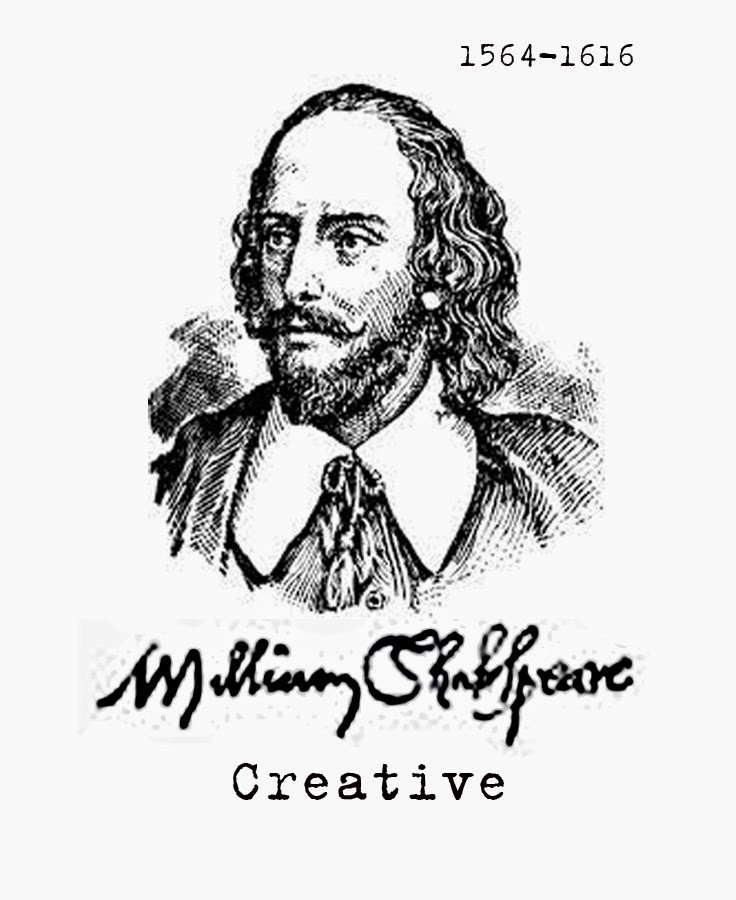 My dad’s family has always been proud to be related to William Shakespeare. His mother Mary Arden and my great…great grandmother Margaret were sisters; Mary named her second daughter for Margaret. William was the third child and the first son. He was also the first of Mary and John Shakespeare’s children to survive infancy. Five more children were eventually born to the couple. William probably attended the King’s school in Stratford-Upon-Avon where he studied Latin, Greek drama and some Roman history.

Although he wrote 30 plays, only 18 were produced in his lifetime. During the reign of Queen Elizabeth, it was illegal to create religious works, so all of his literary works were secular and/or historical. He was best known for his poetry in his day and it wasn’t until the 19th century that his theatrical works were elevated to a cultural pinnacle. He is credited for adding numerous new words and phrases to the English language; a few of which were published today on the UK’s The Independent website:

” It is often not clear whether a word or phrase was already in existence in Shakespeare’s lifetime or if he invented it. Regardless, his plays often provide us with the earliest use of many.

Thank you William Shakespeare for sharing your talent and insight with the human family all those years ago.