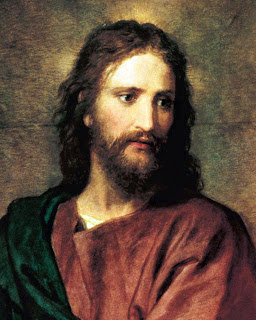 All of Creation testifies of Jesus Christ. From the starry expanse of the midnight sky to the countless sands of tropical beaches; the spiral of pine cones and beautiful colored flowers, the chambered nautilus; the order and beauty sing of his majesty, genius and elegant refinement.

A long time ago, we lived with in a glorious heavenly home with our eternal and perfected Heavenly parents. We were eager to be like them. Heavenly Father created a plan for us to become as He is. We would come to an earth to gain a physical body and be tested to show we could live His way. We needed to be obedient to His commandments and when we became perfected we could go back and live with Heavenly Father. We would be like Him when we learned to obey all of His commandments. But we would fail and require assistance; someone to pay the price for our mistakes and when we died, help us to be resurrected. He would be our Savior and Redeemer.

Jehovah, our older brother, said He would do this for us. He would show us how to be righteous and atone for our sins when we erred, repented and sought His help. He would have a physical body, live and die and be resurrected so we could have the power to be resurrected through Him. Heavenly Father had Jehovah create an earth for us. He created the sun, moon and stars; He put plants and animals on the earth. We came to live on the earth. Heavenly Father sent prophets to teach us about His plan for our happiness. The prophets taught us about Heavenly Father, His commandments and Jesus Christ. Jehovah would be Jesus Christ and our Savior.

If you compare yourself to a computer, you can begin to understand the plan a little better. In the beginning you were programmed by Heavenly Father. You were given all the information you needed to be like Him. At birth that program was closed and you were given a body with a new hard drive; ready to be filled with information and experiences. As you grew your parents formatted your program. You gained information and experience that became part of your programming; both good and bad. When you turned eight, and were able and accountable to make choices for yourself, you could be baptized and given the Holy Ghost for guidance and comfort. The prophets have given us the scriptures to be an owner’s manual, to help us make choices that will bring us happiness.

Wise choices, like keeping the commandments and being baptized fill us with valuable and important data. Bad choices or committing sins are like viruses in your computer. They cause problems, create corrupt or false information and can make your computer crash. Satan tries to put worms, viruses or bad programs in your system so he can take control of your life and destroy you. When we repent or seek help, Jesus’ atonement removes the virus or worm, cleans the program and resets you so you can function properly. When your computer is turned off, or you die, you cannot restart it again.

When Jesus was resurrected he activated a restart or reboot program for Himself and everyone else that ever lived. That is why we can all be resurrected or alive again through Jesus Christ. When we return to Heavenly Father, He and we will see the information and experience in our program. Some of it will be very valuable and make us happy. Repentance removes all the bad or worthless data. Heavenly Father and we won’t have to see it again because it is gone. Jesus paid the price for us to clean our program, reboot our computer and run forever in a happy and perfect world with our Heavenly family.

When Jesus was born in Bethlehem, the angels sang for joy. He lived in a family and grew to manhood. He helped, taught and healed others and showed us how to live and be happy. The Bible tells us many stories of Jesus’ life. How he loved children and taught people to be kindand forgiving and keep God’s commandments. You can learn what He did by reading the scriptures.

Wicked leaders did not like Jesus, they were afraid people would follow Him and not listen to them and they would loose their power. They wanted to kill Him.

During His last week, Jesus went to Jerusalem for the feast of the Passover. The Jews celebrated the Passover to remind them how God had saved them and delivered them from Egypt during the time of Moses. Some of the events of the final days of Jesus’s mortal ministry are recorded in the scriptures. On the Friday or Saturday preceding the Triumphal Entry, Christ had supper with Mary, Martha and Lazarus, whom he had raised from the dead. Martha served dinner and Mary anointed him with fragrant ointment (John 12: 1 – 11).

On Palm Sunday, Jesus arrived in Jerusalem and a great crowd of people went out to meet Him, this was referred to as the “Triumphal Entry.” The people waved palm leaves and myrtle and laid robes on the ground for their king, saying “Hosanna to the Son of David: Blessed is he that cometh in the name of the Lord; Hosanna in the highest.” They knew He was the Savior. Jesus rode a young donkey; a symbol of a peaceful king of the Jews, just as the prophet said He would. He told His apostles that He would soon die to pay the price for peoples’ sins. Jesus went to the temple every day of the last week of his life. (Matthew 21:1–17; Mark: 11:1–11; Luke 19:28–46; John 12:12–19)

On Sunday or Monday, he cleansed the temple and healed many people. He taught the first great commandment; to love God with all our heart, soul, mind and strength. We need to serve Him and keep all of His commandments; also to love our neighbor and help them.

Wednesday, the Jewish leaders started their plot to kill Jesus. He was anointed with ointment again, as described by Mark and Matthew. Judas agreed to betray Jesus (Matthew 26:1–16; Mark 14:1–11; Luke 22:1–6).

On Thursday, Jesus told Peter to find a man carrying a pitcher of water. Peter was to follow him to a house where the Passover supper would be ready in an upper room. Jesus invited the apostles to the supper. He washed their feet; teaching them to serve one another. Jesus and the Apostles (witnesses) ate the Passover dinner. After dinner, He gave them the first sacrament. He told them; with the bread to remember His body and with the grape drink; to remember His blood; which was shed for them. They should always remember Him and Heavenly Father would bless them. He taught them to love each other as perfectly as He loved them

One of the apostles would betray Jesus. Judas Iscariot let Satan have power over him. He left and told the wicked men where to find Jesus so they could arrest Him. They paid him 30 pieces of silver. Another apostle was told, before the cock (rooster) crowed three times, he would deny knowing Jesus. After counseling the apostles, Jesus gave them with the promise of peace.

Jesus and the apostles went into the Garden of Gethsemane. He asked the apostles to pray for Him. He went to a place to be pray alone. He asked Heavenly Father to strengthen Him and to forgive the sins of the people who repented and believed in Him. Jesus was sad for the sins of all the people in the world. He began to feel sorrow and pain. He hurt so much that blood came from His skin. The apostles fell asleep. An angel came from Heaven to strengthen Him. Jesus finished praying. He had suffered and paid for the sins of all people.

The wicked men entered the garden and arrested Jesus. Peter wanted to protect Him. He drew out a sword and cut off the ear of one of the men’s servants. Jesus immediately healed him. Jesus was led away and given several pretend trials. One leader said “I find in him no fault at all,” but he allowed the people to put Jesus to death and washed his hands to show he was not responsible. He turned Jesus over to the Romans to be crucified. (Matthew 26:17–26:75; Mark 14:12–72; Luke 22:7–71; John 13:1–18:27)

On Friday, the Roman soldiers beat Jesus with a whip braided with sharp pieces of metal in it. They placed a crown of thorns on His head. They put a sign on a cross that said “King of the Jews. ”They nailed Him to the cross and crucified Him. As he hung on the cross, they gambled for His robe. Jesus asked Heavenly Father to forgive them. Jesus suffered for many hours; the sky grew dark. He prayed, “Father, into Thy hands, I commend my spirit, ” and died. There was a great earthquake in Jerusalem and America. One of the soldiers said, “The God of nature suffers.” The veil in the temple that shielded the holiest area was torn. A soldier drove a spear into Jesus’ side to make sure he was dead. The disciples took Jesus body and carefully placed it in a tomb. A large rock was set to seal the tomb where Jesus’ body stayed for 3 days. (Matthew 27:1–61; Mark 15:1–47; Luke 23:1–56; John 18:28–19:42)

On Saturday, Jesus was in the Spirit World teaching the spirits of the righteous dead; including Adam and Eve, Noah and other prophets and disciples and organizing messengers to preach to the wicked dead. (Matthew 27:62–66; 3 Nephi 9–10; 1 Peter 3:18–4:6; D&C 138)
On Sunday morning, two angels came and rolled the stone away. Mary Magdalene came to the tomb. She saw that it was empty. She ran to tell the apostles. Peter and John ran to the tomb. They looked inside and saw the burial cloth and went home. Mary stayed nearby, crying. She looked inside and saw the angels. They asked why she was crying, saying, “Why seek ye the living among the dead? ”She did not understand. She turned around and saw a man standing nearby. He asked why she was crying. She thought he was a gardener; then He said, ”Mary.” She knew it was Jesus and that he was alive. He asked her to tell the apostles that He was resurrected. (Matthew 28:1–15; Mark 16:1–14; Luke 24:1–49; John 20:1–23)

Later, Jesus visited the apostles. He let them feel the nail prints in his hands and feet. He ate dinner with them. Other righteous people were resurrected and seen by people in the city. Jesus taught the apostles how to lead His church. He would go back to heaven, but the Holy Ghost would help them. They taught people the gospel and healed them.

The history of the first Easter was a beautiful story. People have celebrated the atonement and resurrection of Jesus for almost 2,000 years. The day of the Easter holiday changes every year. It falls on the first Sunday after the first full moon following the vernal or Spring Equinox on March 21st as determined by the Nicene Council in 325 A.D.

Easter is the most important holiday. Today we celebrate by going to church, singing songs about the Savior’s resurrection and triumph over sin and death. We remember to share and be kind to others and try to live as Jesus did.